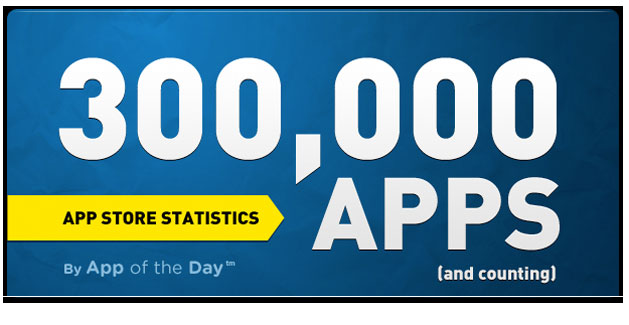 Apple’s App Store is bursting at the seams with over 300,000 applications and that number is growing each day. The folks at App of the Day analyzed the App Store’s applications and compiled a clever infographic detailing the pricing, target platform (iPhone, iPad, or Universal), and most popular categories in the App Store.

The most surprising revelation in this infographic is the distribution of books versed games. The two categories are almost the same, despite the world’s emphasis on iOS as a gaming platform. Interestingly enough, there are supposedly 50,000 books in the App Store, 7,000 of which are from one developer. A cost analysis reveals the most expensive apps are medical apps, while the news and social networking apps are the least expensive. The infographic is available below for those who cannot get enough of these visual representations of data.

Apple to use 3D knitting process for new iPad material

Apple had recently been granted a patent for an "Improved Laminate Composite" that would provide a lighter and stronger material...