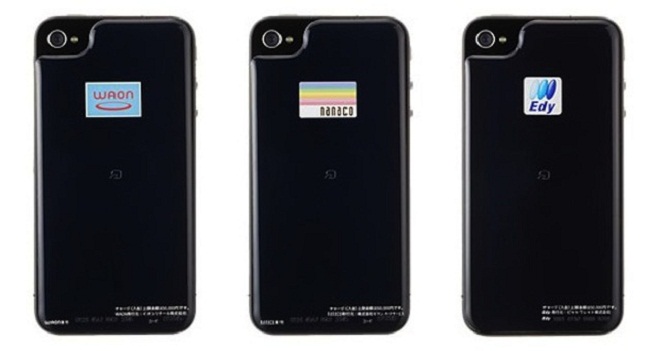 The Apple iPhone 4 has been a big hit in Japan but it’s lacking some key features that those users expect like NFC capabilities to pay for things like the subway. The carrier Softbank is trying to fix that by adding an NFC sticker to the case.

The iPhone 4 NFC support is achieved through a sticker and it doesn’t actually interact with the device apparently. So, that means your apps won’t really interact the chip but you’ll still be able use these chips to pay for things.

NFC has been big in Japan for a long time now and it’s poised to move into the mainstream in other markets in 2011. One of the biggest features of the Android 2.3 Gingerbread build is that it has support for NFC. This could eventually lead to mobile payments being commonplace as well as convenient things like swapping contact information by tapping phones against each other.

Verizon, AT&T, T-Mobile, Discover and Barclay’s have introduced a join-venture called Isis to boost mobile payments using this technology. With more than 200 million customers between the carrier, Isis has a real shot at helping your phone replace your wallet. It will take some time though, but the three carriers have committed to making NFC a requirement for its entire handset lineup.

The iPhone 4 NFC support from Softbank is done in a way that’s similar to Bling Nation. That mobile startup has been doing well in regions like the San Francisco Bay Area but it was nowhere close to being on the radar in the middle of the country (I’m in Texas for the holidays, by the way).

We may not have to use this workaround approach to get iPhone NFC support, as patents indicate Apple is working on baking in support for the next version. While mobile payment should be supported, we’ve also seen hints that this could be used to make the iPhone a remote computing device for other Apple products.

Skype may have outed Verizon iPhone

We already know that Skype plans to bring video calling to the iPhone 4 and other platforms but the VoIP...