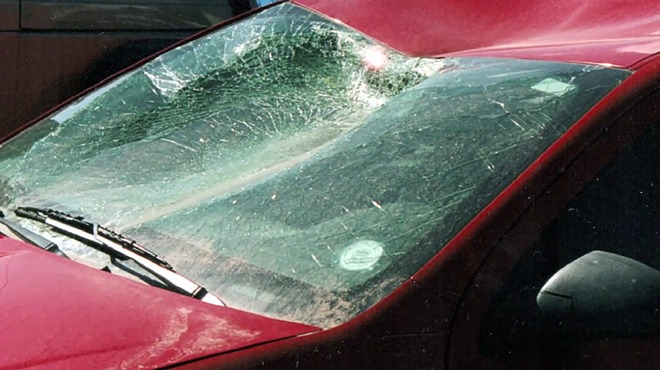 “When I got to the scene, her face was disfigured from sliding down the roadway.” That is Officer Grant Hendricks of the Missouri State Highway Patrol on the death of Mariah, a teenage girl who was just a day away from graduation when she answered a text message while driving and collided with a bridge on the road.

Every year, people are killed or injured because of text messaging while driving, so AT&T is really pushing its new safety campaign, “It Can Wait,” to raise awareness of the dangers of inattentive driving. In a 10-minute documentary released by AT&T, we’re shown stories of drivers, bicyclists and passengers whose lives were drastically altered, or ended, by answering simple little text messages.

When I was in high school in the mid-90s, the school administration would usually bring in a wrecked car and place it right on campus just before prom night. The cars were the result of drunk driving, and it served as a warning to those of us who might have even considered getting behind the wheel even after a single drink. Of course, we were also warned against drinking since we were all underage, anyway. But these days, there is no restriction on who can own and operate a cell phone, so AT&T is stepping in to make sure SMS-related accidents don’t happen.

AT&T says in a press release:

“Distracted driving is an epidemic, particularly among teens who are confident in their ability to text or talk while driving,” said U.S. Transportation Secretary Ray LaHood. “Of the 5,500 people killed last year due to distracted driving, the largest proportion of fatalities occurred among young people under the age of 20. I hope teens will take this powerful video to heart and realize that when you’re behind the wheel, no text message or phone call is worth the risk.”

Oh, to be young and invincible.

I certainly hope that kids will see this video and hear AT&T’s message, and even guilty adults, too, so that this sort of thing happens less often.

Perhaps you teens might think, “No biggie, it only takes two or three seconds to fire off this text.” Well, did you also know that you can easily cover 190 feet of road in just two seconds at 65 miles per hour? And what do you think your reaction time is if you spotted danger just 50-100 feet away? Or how long it would take your car to stop or change directions in time? Don’t do it. It’s as simple as that.

For more information on AT&T’s “It Can Wait” campaign, click here. Also, see the 10-minute documentary below, but be warned as it can get a little graphic.