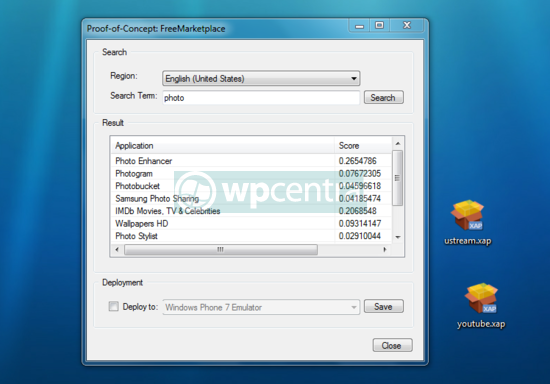 A gaping hole in the security of the Windows Phone Marketplace has been illustrated by one developer who has found a way to bypass the digital rights management of apps, and load them directly to another phone or computer with no problems. This is kind of funny, considering how tightly Microsoft is handling microSD memory cards. Although the specifics of how this is done through the FreeMarketplace application have been kept secret for the sake of staying “white hat”, the process shows that a savvy programmer doesn’t really need to pay for apps at all, and could in theory share those apps.

As is, the Windows Phone Marketplace is still relatively small, but still growing. A security hole like this would need to be quickly patched if Microsoft wanted to assure interested developers that they can make money without lost potential revenue through piracy. Apparently this has been a long-standing problem that developers have been bringing up, but somehow it has yet to be addressed. Right now, the hype for Windows phone is running relatively high, and Microsoft really can’t afford to squash that developer interest with piracy scares. Of course, end-users may have something of a free ride with apps if a tool like FreeMarketplace was made available, and even if it wasn’t, a single user could spread free apps far and wide through torrents.

See the video below for proof of the Windows phone security hole.

A couple of days ago the Android (whatever version number it turns out to be) Honeycomb music player leaked out...