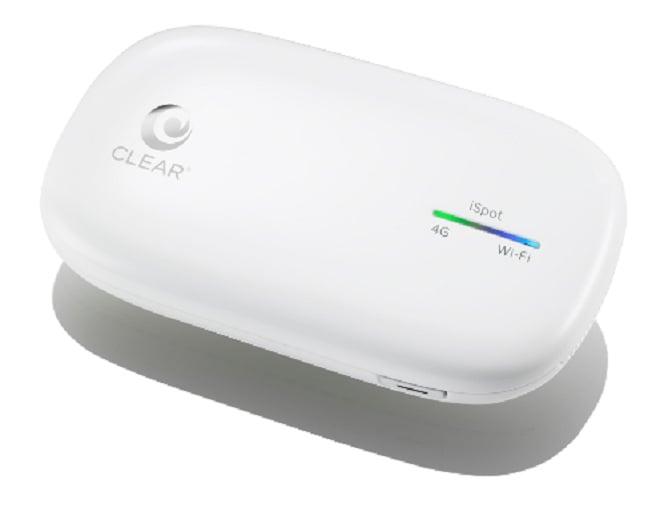 If you were hoping to get your hands on the Clear iSpot 4G hotspot, you’d better move fast because the device has reportedly been discontinued.

Over at the forums, it says that the units in the retail stores will not be replenished. If you’ve already purchased a Clear iSpot 4G, the company will have units on hand to replace defective units but it doesn’t look like it will be selling many more new ones.

It seems pretty clear that the device hasn’t been that big of a success and I’m not too surprised because it had an odd target market. The Clear iSpot 4G provided mobile hotspot service for iOS devices only – the iPhone, iPod touch and iPad – and this enabled the company to only charge about $25 a month for unlimited data service.

It was actually a pretty good bargain if you are in one of the WiMax markets because these devices could easily be hacked to work with non-iOS devices including smartphones and laptops.

Either way, it looks like we’re in for a future where you can use 4G networks to create your own WiFi hotspot. We already have the Sprint Overdrive and we just heard word that Sprint will soon also have a 3G/4G MiFi in the not-too-distant future.

Not having 3G may have been the downfall of the iSpot, as not every market is covered in that WiMax goodness. Additionally, I’ve found that the coverage can be spotty in strong markets and the in-building penetration can be pretty bad.

We’re bound to see a bunch of next-generation hotspot creators at next week’s CES, as the MiFi and multiple smartphones with this capabilities will likely be shown off. You can keep track of the latest and greatest by following our coverage of CES 2011 here.

Here we go again. It looks like the Quick Snap iPhone photography app has been pulled from the App Store...