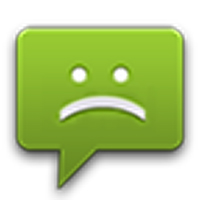 Since at least June, Android handsets have been randomly misdelivering SMS text messages to other contacts, and Google still hasn’t fixed it. The problem has even been replicated on the Samsung Nexus S, which is supposed to be a shining beacon of Android purity. One person in the ongoing Google Code thread says that the issue won’t even be fixed in Gingerbread. Currently the bug is set for medium priority, which seems a little low for what should be a core function for a cell phone.

So what exactly is the problem? After poking around some of the Android code, it seems like if in the middle of typing a reply to a text message, you receive another message, the system gets confused about who you’re talking to. Even if it displays you’re talking to one person in the dialog window, messages could be sent to someone else. Those circumstances are pretty specific, but commonplace for anyone who gets a lot of texts.

I haven’t had any of these SMS delivery problems over the last couple of Android phones I’ve reviewed, but that certainly doesn’t mean it’s not there. Have any of you ever had your Android handset send a text to an unintended recipient?

If you’d like to keep tabs on this problem, be sure to follow the thread at Google Code.

It's been a huge year for Android, and one of its most anticipated versions, 2.3 Gingerbread, has finally been released...