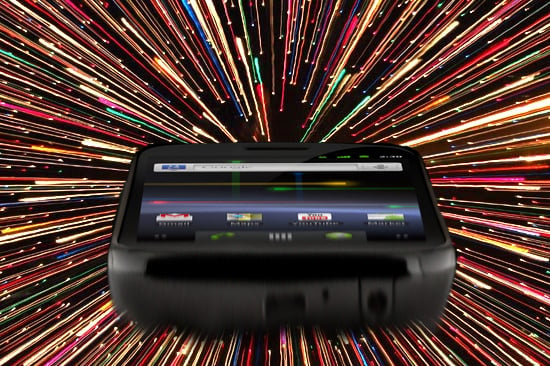 If you’ve already gone ahead and taken the plunge on the Samsung Nexus S, there’s a new tweak available that ekes out another 200 MHz or processing power, but unfortunately kills Bluetooth functionality in the process. That’s likely to be fixed in a future patch, if you’re willing to wait.

The Samsung Nexus S is already pretty fast, clocking in with a 1 GHz Hummingbird processor that excels at graphics rendering, which are displayed on a rich 4-inch WVGA Super AMOLED screen. The Nexus S also has a 5 megapixel camera with LED flash, front-facing video camera, runs Android 2.3, and the usual fare like Wi-Fi b/g/n, 3G connectivity on T-Mobile, and GPS.

If you’re interested in giving the Nexus S overclock a shot, the download link is here and as the original poster says, all you have to do is “flash from recovery, reboot, enjoy.” Just make sure you’re running the Bionix NS1 ROM.