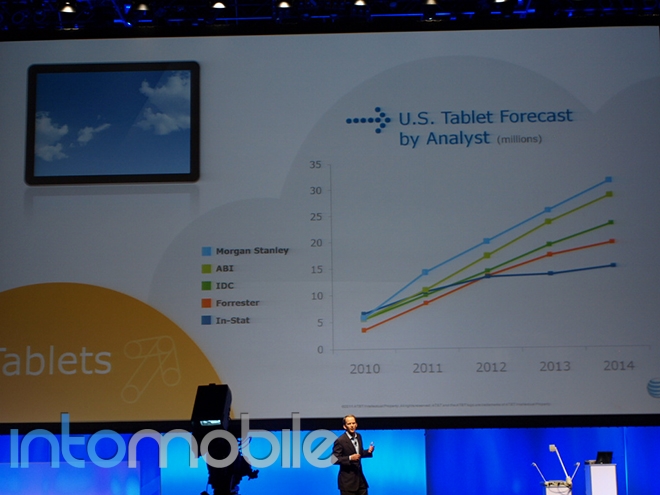 AT&T confirmed that it will be receiving the much-rumored Motorola Honeycomb tablet. The Motorola slate dropped on the scene last year and was partially detailed prior to its unofficial unveiling by Andy Rubin at the D:Dive Into Mobile conference. The impressive Android tablet will include a 10.1-inch display, dual-core Tegra 2 processor, and HSPA + connectivity. The high-end mobile device will be one of the first slate devices to sport Android 3.0 Honeycomb, Google’s first tablet-optimized version of its Android mobile operating system. The mobile device will land at AT&T in the upcoming months.

The nation’s number two wireless carrier also confirmed its tablet plans extend to LTE. The wireless carrier intends to begin rolling out its LTE network in mid-2011 and will kick off that event with an un-named LTE slate. By the end of the summer, AT&T should be sitting pretty with not one, but two 4G-capable tablets. If that is not enough for you, AT&T confirmed it will introduce additional LTE slates during the second half of 2011. AT&T was not forthcoming on details surrounding these LTE devices so the manufacturer names and hardware specifications are not yet known.

Additional details on the Motorola Honeycomb tablet and other mobile devices are expected to be unveiled at Motorola’s CES event later today. Tune back in for our live coverage of this event starting at 4PM PST/ 7PM EST. Be there or be square!

AT&T struts its 4G stuff: 20 devices in 2011 including tablets, phones

With T-Mobile, Verizon and Sprint all having 4G services, it was beginning to look like AT&T was being left behind...