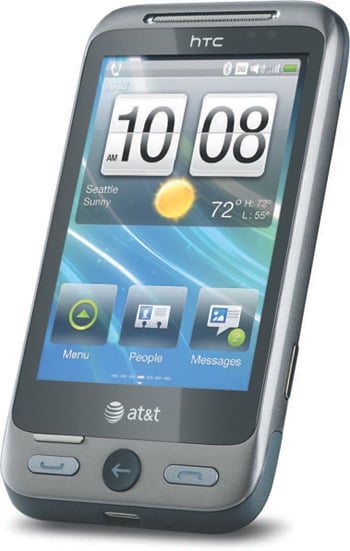 One of the more overlooked announcement at AT&T’s CES event this morning was the HTC Freestyle, a lower-end feature phone running Brew MP. Although it’s not technically a smartphone, it runs Sense and AT&T is aiming to provide apps for the platform. Whatever it takes to get ’em using data, right AT&T?

The Freestyle has a 3.2 HVGA display, 3.2 megapixel camera on the back, 528 MHz processor, and includes HTC’s signature Sense UI, as well as a unibody aluminum body. As far as connectivity goes, 3G, GPS, and FM radio are on there.

HTC did a pretty interesting job with Brew on the Smart; the UI was really slick, but a nearly-nonexistant app market stunted a lot of its potential. Maybe with AT&T pushing the thing on developers will make it a more palatable choice for shoppers once the Freestyle lands in the U.S. next month.

We’ll no doubt get some hands-on time with the Freestyle, along with the Inspire 4G and Motorola Atrix at CES this week, so stick around!

At AT&T's CES developer event today, they showed off some work they've done with the iPad U-verse app, with a...