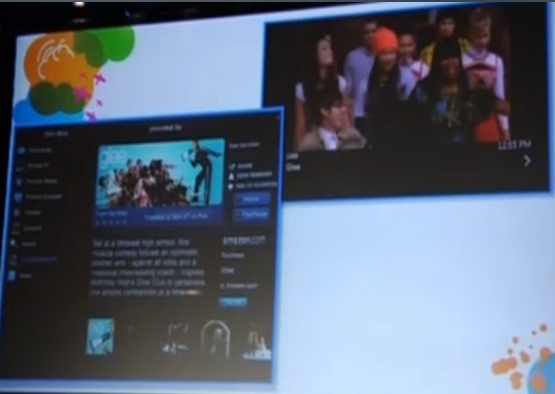 At AT&T’s CES developer event today, they showed off some work they’ve done with the iPad U-verse app, with a new feature called ComplemenTV. When paired up with a TV via Wi-Fi using DLNA, the iPad automatically showed extra information on whatever show was being watched (like links to related stuff on Amazon). It could also be used as a remote control, based on new development tools that AT&T is providing so iPad apps could be shared to a U-verse-enabled TV in what they called a “a true two-way application context”.

U-verse already has an Android app, which I could see being tweaked for the tablet form factor to provide similar functions as this iPad version being demoed. I’d also hope that AT&T would get this new U-verse app onto the BlackBerry PlayBook as well, but we’ll have to wait for launch to see for sure.

Check out AT&T’s developer program for more info on how to make apps that work with U-verse.

AT&T confirmed that it will be receiving the much-rumored Motorola Honeycomb tablet. The Motorola slate dropped on the scene last year...