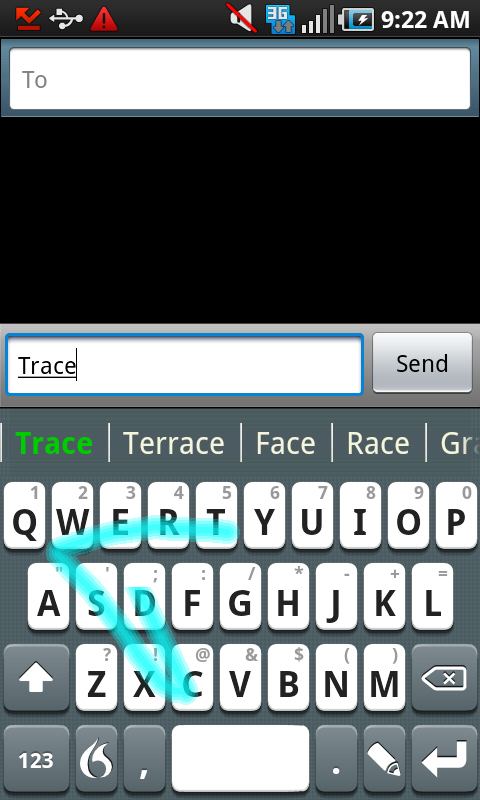 Nuance, a big name in voice recognition, has launched a custom keyboard for Android called FlexT9, which comes with four different modes of input. First, it has the traditional tap-to-type keyboard that we’re all pretty familiar with. Secondly, it has a distinctly Swype-esque gesture-based input where you trace lines between the keys you want to hit, and as soon as you remove your finger from the phone’s screen, it takes a guess at what you were trying to type. Thirdly, there’s a straightforward handwriting recognition where you actually draw in the character – handy for fancy characters that are a pain to access through lengthy sub-menus. Finally, Nuance includes their well-polished voice recognition system, so you can simply speak the text you want put in, and make a few corrections if anything was misinterpreted.

While it’s hard not to feel like Nuance is latching onto Swype’s popularity, they are introducing a richer variety of functions with handwriting and voice recognition. Besides, this looks a hell of a lot more practical than the 8pen keyboard.

If you’re looking to give out FlexT9 a shot, it’s in the Android Market for $4.99, supporting OS 2.1 and up. Head on over to Nuance for a closer look.