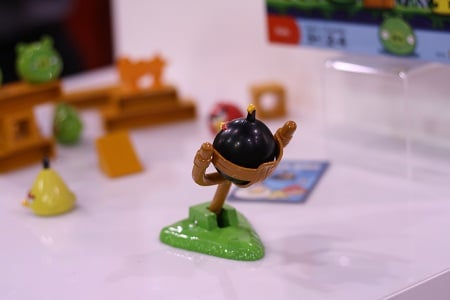 Rovio keeps monetizing on its super-successful Angry Birds game. For their latest gig, the company licensed its artwork to Mattel which will create a board game inspired by the smashing hit.

The so called Angry Birds Knock on Wood will come with 14 building blocks, three birds, four pigs and one launcher. One of the players is building plastic structures and puts pigs in between, whereas the other one knocks them for points. The first player to hit 1,000 points is a winner.

Sounds simple and that’s exactly what made Angry Birds so popular. I’m not sure the board game will come even close to the mobile game’s sales figures, but I find it to be a perfect gift, not just for kids.

The expected launch date is May when Mattel will start selling the Angry Birds Knock on Wood for $14.99, the price which unfortunately doesn’t include Mighty Eagle and other updates. 😉

Super-fast web browsing and full HD video support are cool features to have on your smartphone or tablet, but nothing...