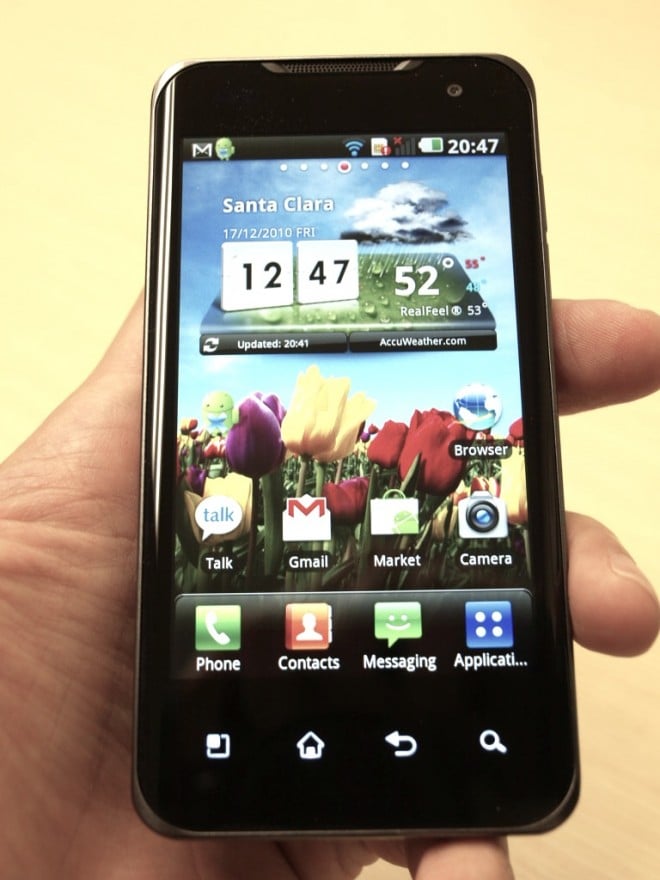 While there were a lot of cool 4G phones at CES 2011, the LG Optimus 2X showed that 3G phones can still be lust-worthy. With a dual-core Tegra 2 processor, this thing can record videos at full 1080p resolution and pump that out to a television via a microUSB port. It can also push the display to the TV through “mirror mode,” which allows you to view the Bionic’s homescreen, web browser, and even games on the TV – rather than limiting you to outputting video and pictures, like we’ve seen on previous phones with HDMI-out. Look for this handset to also feature stellar 3D graphics, a 4-inch AMOLED screen, an 8-megapixel rear camera, a front-facing camera for video chatting and all the other high-end features you’d want in a smartphone.

Check out our walk through of the device (yes, we had it in our hands weeks ago):

It’s been a great week and you can follow all of our CES 2011 coverage here.