Motorola, RIM, Toshiba stand out from the tablet crowd 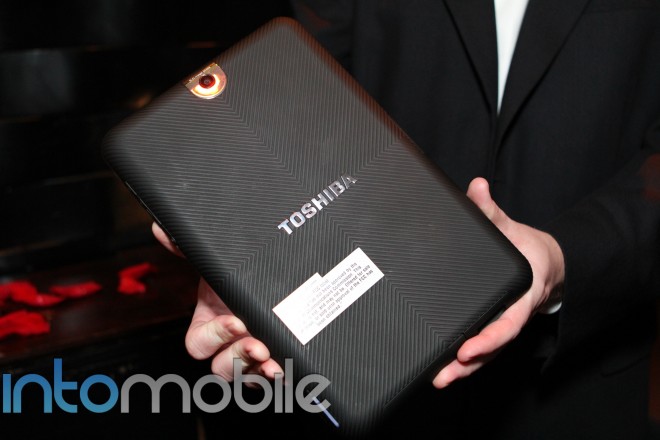 We’ve already gone over the Motorola Xoom but I want to reiterate how excited we are for this Android Honeycomb device. The hardware look looks and feels sleek and the dual-core processor should be enough to handle anything you can throw at it – and then some. It’s still too early to fully judge Android 3.0 Honeycomb but it looks like Google has done a good job of making this mobile operating system more suitable for the larger tablet form factor.

The BlackBerry Playbook blew me away the first time I laid my hands on it: it’s well-made, the software looks and feels slick and I would have bought it on the spot if it was reasonably priced. As more details trickled out about the lack of a dedicated e-mail app or calendar app, my interest waned. Still, with a dual-core 1 GHz processor, full Adobe Flash support, and multiple cameras, this should be a mighty tablet to contend with this year.

The Toshiba Android Honeycomb tablet also intrigued us because it has a ton of potential. The hardware is definitely on point: a 10.1-inch touchscreen with a 1280 x 800 resolution, a 5-megapixel rear camera with a 2-megapixel front-facing camera, WiFi, HDMI out, WiFi, 3G capable, Bluetooth and all the other goodies you’d expect from a high-end mobile device. The Toshiba Android Honeycomb tablet felt really nice in the hands too, as the grooved, soft rubber finish made it a delight to hold.

This device will also launch with Android 3.0 Honeycomb, which means the software should be properly optimized for the large form factor. We’d say this device will be a home run but we still don’t know the pricing, ship date or how well Honeycomb will actually work in real life. Still, Toshiba has all the ingredients for a great tablet.