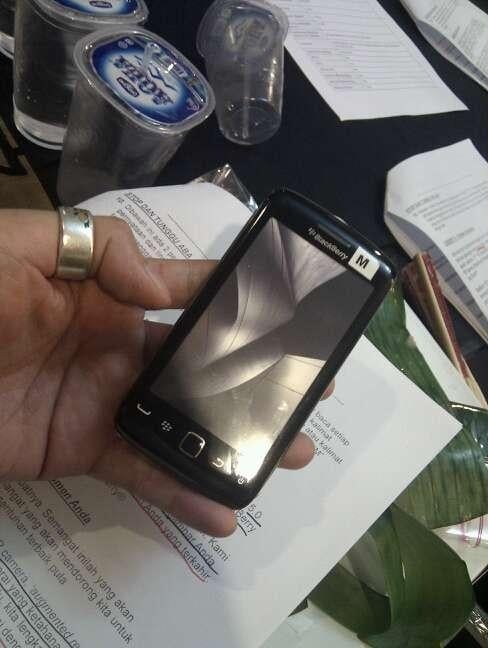 Remember that new BlackBerry Storm we saw leaked in the fall? Apparently it’s moving forward and going into production, according to an anonymous tipster. SurePress is likely out, and a 3.7-inch screen, OS 6, 512 MB of RAM, a 1 GHz processor are likely in. As for the OS, it’ll probably launch with OS 6.1, though previous rumours suggested that it might be the first QNX BlackBerry. The source of this information also mentioned that RIM’s playing around with a horizontal slider, which would mean there would finally be a BlackBerry in every major form factor.

Personally, I’m going to kind of miss SurePress, but the masses have spoken, and they really don’t like clicking touchscreens, even after a revision. The bigger screen on this Storm will catch the eye of media hogs, but unless the specs actually back it up, namely with a 1 GHz processor and possibly some 4G action to stream videos over-the-air licketty-split, the Monaco may be doomed to mid-range mediocrity like so many BlackBerry smartphones.

As far as a timeline goes, if the Monaco is going into production now, it wouldn’t be surprising to see something in the spring, maybe in time for WES BlackBerry World in May.