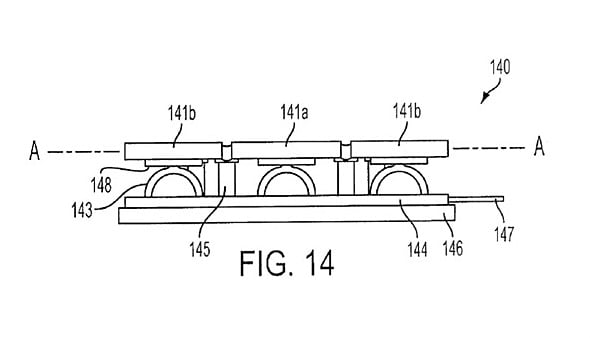 What does the world want? Thinner phones, apparently. The iPhone has already grown thinner than ever, but a new patent application by Apple could mean even thinner devices. When will it ever end?

The U.S. Patent and Trademark Office this week revealed a new patent application from Apple entitled “Touch Sensing Device Having Conductive Nodes.” First discovered by AppleInsider, it describes a new method to create a capacitive touchscreen or panel, which could allow for thinner devices.

Apple’s application notes that capacitive sensing technology works well in existing devices, but improvements can still be made. In addition to creating thinner versions of products like the iPhone and iPad, Apple’s proposed invention is said to also allow for power savings, potentially granting portable devices a longer battery life.

You know what would grant even longer battery life? Not making the devices thinner, using the new capacitive touchscreen creation method and keep the same battery size. Boom.

When manufacturers shrink a device, the battery shrinks along with it. The iPhone 4 is almost a miracle in that it gets more than a full day’s worth of battery life and is small and thin as it is. Of course, looking at the innards reveals that the battery is actually quite large. Apple managed to make the device thinner, but gave the battery more real estate inside.

The Verizon iPhone was just announced recently, but we still expect a refresh of the current iPhone 4 some time this summer. Will we see an even thinner and lighter device by that time?

We first caught a glimpse of the Mophie Juice Pack Plus for the iPhone 4 last month, and I called...