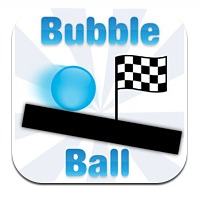 Knocking a king off the throne has never been an easy feat, and in the app world, Angry Birds was that king. Angry Birds has spawned a series of toys, videos and games and it was our top pick for iOS apps in 2010. It held the number one spot for free games in the iTunes App Store for quite some time, but now it has been dethroned by Bubble Ball, an app created by 14-year-old Robert Nay of Spanish Fork, Utah. Talk about a David vs. Goliath tale.

“I was pretty astonished,” Nay said about the game’s success. “When I released it, I didn’t think it would do so well.”

Nay’s mother, Kari Nay, said that like most young teenagers, Robert and his friends enjoy playing games on their iPods. But Robert started building a game of his own after a few friends suggested he give it a try.

It’s not often that you’d find a kid to be so enterprising and ultimately successful. But it isn’t Nay’s first venture into development: he created his first website when he was just in 3rd grade.

According to the iTunes App Store, Bubble Ball is a “fun, new physics puzzle game, where you will test your ingenuity and thinking skills to get the bubble to the goal. Use the pieces and powerups provided, and come up with creative solutions!”

It’s not too shabby and it’s free! This ought to really grab some attention and hopefully land Nay some amazing gigs in the future as an iOS developer.