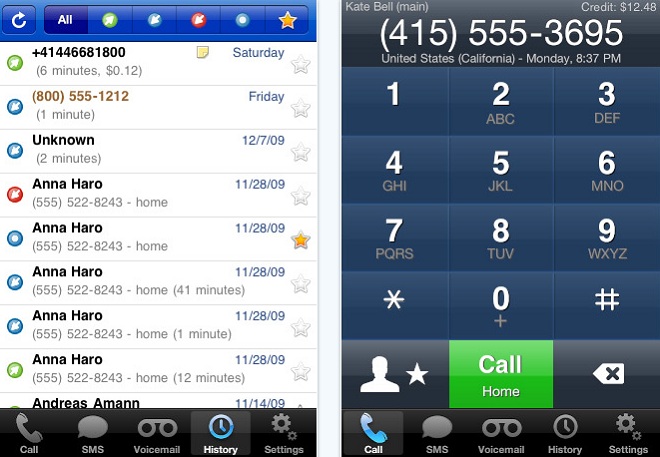 We knew the day would come: Google Voice now lets you port your mobile number into its service. That means you can now pay to turn your cellphone number into a Google Voice number. As we mentioned before, there are a few costs involved – $20 to port and whatever termination fee your carrier will charge – but for some of us it just might be worth it. If you loathe wireless carrier contracts, you change plans and phones often and you want to keep your current number wherever you go, today is your independence day.

Now that you can port that mobile number into Google Voice, you’ll never have to worry about confusing friends, family, coworkers and acquaintances with phone number changes again. If you switch carriers or go from contracts to pay-as-you-go plans, keeping your phone number will be the least of your worries. So should you port your number to Google Voice?

That all depends on what you want or need at this point.

If you’ve been a Google Voice subscriber for a while now, and you’ve already given that phone number to everyone you know, switching all over again may be a nuisance. Porting your number over to Google Voice means you’re going to commit to using it as your primary number and service now, regardless of your carrier.

If you’re familiar with Google Voice, or you’ve been using the service for some time, you’ll also know that you still need the carriers in order to use it. Whether you want to go with a contract or be commitment free is up to you, but there are good and bad sides to each.

Without a contract, you’re free to roam and go wherever you want. If the carrier you’re with suddenly isn’t living up to your expectations, you can just get up and leave. On the other hand, you might not be able to qualify for the sweeter plans or phones offered by that carrier. If having the latest smartphone isn’t a big deal to you, and you scarcely use your phone anyway, switching full time to Google Voice might not be a bad idea.

Another downside to using Google Voice as your primary number is quality and reliability. I’ve missed phone calls and text messages many times when they were routed through Google Voice. It happens more often than it does with my carrier numbers. Call quality can sometimes be hit or miss, too – especially when you’re making a GV-to-GV call. What a nightmare.

Aside from going the prepaid route, the only reason you should port your primary mobile number into Google Voice is because you’re ready to commit to the service – pitfalls and all. If you’ve had an account sitting around and you’ve been dying to use it, but you didn’t want to give friends, family and colleagues a second number, now would be the time to do it.

In terms of benefits, there really isn’t anything new here at all. I don’t view this as a game-charger by Google because it’s still the same service – you’re just using the phone number you’ve always had this time around.

Ready to take the plunge? Begin by clicking here. But again, it’s worth noting that once you do, you’ll be paying $20 to Google to switch and you’ll also be terminating your contract with your carrier. That will incur early termination fees, which can get really pricey, unless you’re already out of contract. Once you port and terminate your line, you’ll have to start anew with your carrier, or find another carrier. Google Voice is not its own wireless service provider – you still need service with a carrier or MVNO in order to use GV. Good luck!

That scary Internet may have told you that the upcoming Motorola Xoom would be coming with MotoBlur but the company...