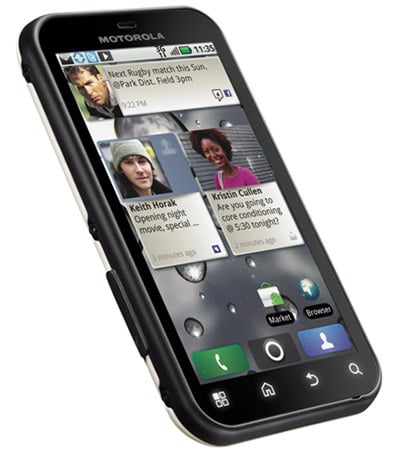 If you: a) live or work in India, and b) look for a rough Android smartphone – you’ll be glad to know that the Motorola Defy is about to be launched in the country. The news is coming from the Indian website AndroidOS.in, which got information from one of its tipsters. In other words, this isn’t 100% confirmed and you/we will have the definite information later in the day.

Price wise, it is said that Motorola will ask about 20,000 INR ($438) for the unlocked device. At present, we don’t know whether some of the many carriers operating in India will offer the device with a contract.

Motorola XOOM to launch at Best Buy on February 17th for $700?

A leaked Best Buy document suggests the Motorola XOOM will launch at Best Buy on February 17th. This is the...