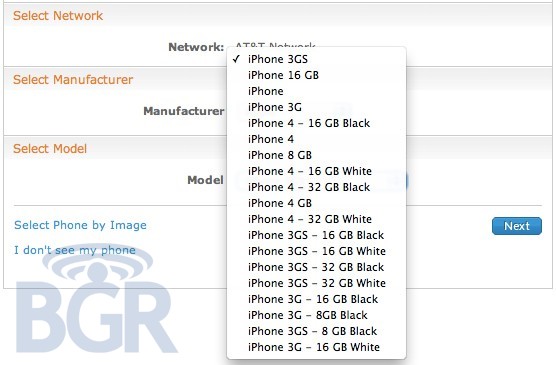 The ever elusive white iPhone 4 has been making strange appearances in different retail systems lately, and now it looks like it’s up on AT&T’s online account manager, too. We initially thought that the ivory Apple smartphone would become available for Verizon since it was up on the carrier’s site the day it was announced. We were quickly told that it was just a mistake and it was pulled immediately. Shortly thereafter, the white iPhone 4 surfaced on Vodafone Germany’s website. And finally, it popped up on Best Buy’s site with a February 27 release date.

Rumors last year said that the white iPhone 4 was going to be delayed until spring of this year – is that why we’re seeing it crop up in all these different retailing systems now?

If you’ve been holding off for the fairer version of the Apple smartphone, you might be wise to wait a bit longer. If the white version does appear in late February or even early March, it might be overshadowed in three or four months by the next iteration of the iPhone.