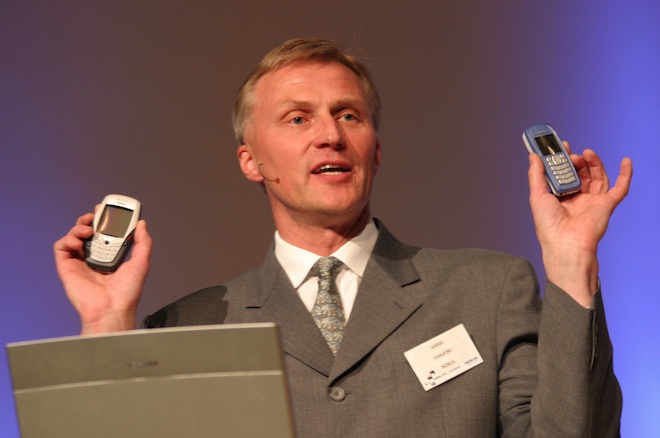 Finnish news site Kauppalehti just published something that if true, has huge ramifications for the future of the world’s largest handset maker. They say that Nokia Chairman Jorma Ollila, who put Olli-Pekka Kallasvuo (OPK) in charge as CEO in 2006, began a search for his replacement in the spring of 2010. The search was more of a formality than anything else since he really wanted to put Anssi Vanjoki in charge, one of the few guys at Nokia who actually had a pair of balls. Vanjoki, as far as he was aware, was going to be the CEO of Nokia until 1 week before the Finnish firm announced who the successor to OPK’s disastrous reign would be. When Nokia said it was former Microsoft employee Stephen Elop, Vanjoki resigned almost immediately. He wasn’t even trying to hide the fact that he was leaving because he wasn’t picked.

Kauppalehti goes on to say that Jorma Ollila was threatened by American investors to change his mind or else he would be sacked. That’s rather odd, since Ollila said himself that he would be leaving Nokia’s board in 2012. He said this on September 14th, one day after Anssi Vanjoki said he’d be leaving the company. These accusations of office politics gone awry show the power struggle that was happening at one of Europe’s flagship companies, one that is currently getting attacked by the competition with more ferociousness than they’ve ever seen.

None of this changes my mind about Elop. The boy is smart and Nokia needs an outsider to break them free of the routines they’ve built themselves back in the 90s, but still, you’ve got to wonder, what would Nokia have become if the man who had deep ties with the company, and knew the right personnel who could execute his commands quickly, would have taken control?