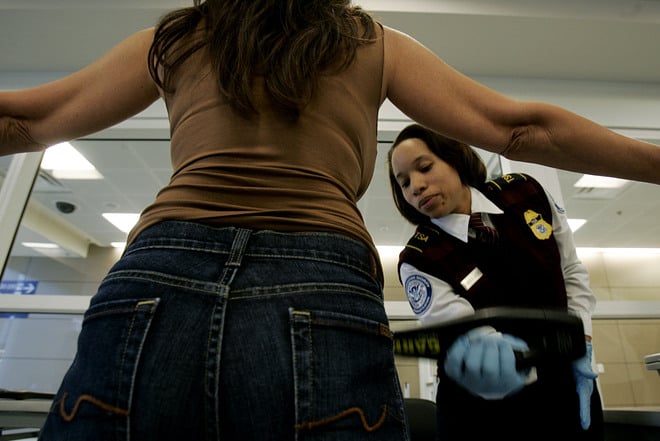 What’s the weirdest thing you’ve ever seen anyone try to smuggle through airport security? Perhaps it was some strange animal, plant, food or trinket of some kind, but what about a whole load of iPhones strapped to someone’s body? That’s exactly what an Israeli woman tried to do at Ben Gurion airport. While she was wearing layers of Georgian clothing, she probably doesn’t have a solid concept of how X-rays work.

Airport security noticed that the woman had 44 iPhone handsets in her stockings and arrested her immediately. It’s unclear what she was planning on doing with all those smartphones, or why she had them on her person instead of some piece of luggage. Apparently, she also had some difficulty walking. No kidding!

So what gives? After all, the iPhone 4 has been readily available in Israel for months now so why would anyone want to bring in dozens of iPhone 4s? Well, it might have a little something to do with the cost of the iPhone 4 in the holy land. Upon being released this September, unlocked versions of the 16GB and 32GB iPhone 4 was retailing for over $800 and $1387 respectively. That being the case, smuggling iPhones into the country can potentially be quite the profitable venture – if you don’t get caught that is.

She would have made a nice chunk of change had she not been caught. The woman has now been released pending a decision on whether the government will indict her or not.

Apple has released a new commercial for the iPad called "iPad is Iconic." The Apple tablet has been a huge...