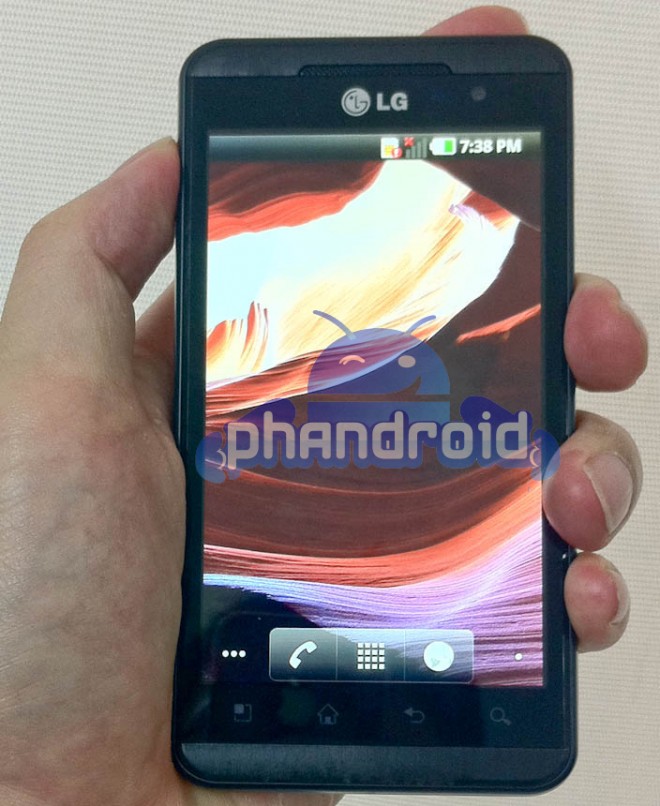 Last week, LG was teasing us with a 3D Optimus phone launching at Mobile World Congress, which likely be this phone leaked recently. Though it’s not identified by name, it doesn’t look like any other LG Optimus phones out there. Details are scarce, but the tipster says the screen is bigger than 4 inches, has a dual-core processor, and, as you can see, has a front-facing camera and runs Android.

LG has been demoing their glasses-less 3D display for a little while now, but this will be the first handset we see it actually employed. Ditching the shades will certainly make 3D more practical, but I wonder how much software developers will need to tweak to make any use out of it, and if they would even bother. Is there really any added utility, or is 3D just a gimmick that will get people to buy the phone and eventually get bored with it? I sure hope there’s an option to turn off the effect, because who knows how much strain a glasses-less 3D display is  on the eyes, nevermind the patience.

Even though it’s hard to tell just how well the glasses-less 3D works through a still picture, if this thing actually does launch at MWC, we’ll be sure to let you know our thoughts from the show.