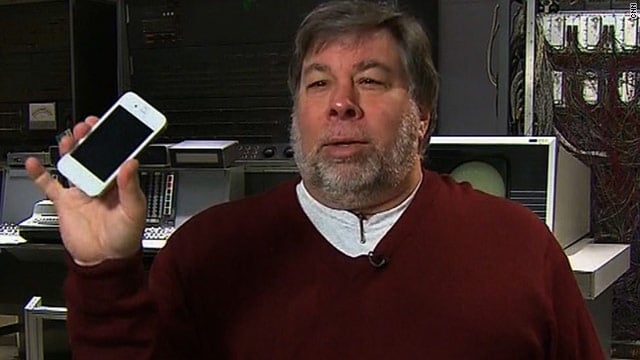 Steve Wozniak, the geek’s geek, has confirmed that the ever elusive white iPhone 4 is coming soon and talked about why it has been delayed. You may remember the kid who was selling white iPhone 4 parts online, and that the parts were somehow obtained from Foxconn. Well, The Woz purchased one of those white iPhone 4 conversion kits and ran into some issues with the way the camera and proximity sensor performed.

According to Wozniak, when the camera would take pictures with flash, images look as though they were taken through a piece of cellophane. That confirms a bit of the light leak rumors we heard before surrounding the camera. Additionally, it appears that the white color is screwing with the proximity sensor or perhaps the ambient light detector. Either way, the color has caused a number of headaches for Apple, who has delayed the ivory smartphone several times now.

However, there is still hope. In addition to all of those images we saw of AT&T and Best Buy’s systems showing the arrival of the white Apple smartphone, Wozniak himself says that Apple has finally solved the issue and will be releasing the smartphone soon.

While it’s easy to get excited for this new color coming out soon – what other tech company can command this kind of attention over a friggin’ color? – let’s not forget that this summer we’ll likely see the iPhone 5.

On the fence about the white iPhone 4 knowing that the next iteration is nigh? Check out our poll here to see how other users feel about the situation!

Droid Bionic briefly appears on Amazon for $149, then disappears

The Droid Bionic might be launching pretty soon as it popped up on Amazon Wireless' system very briefly revealing a...