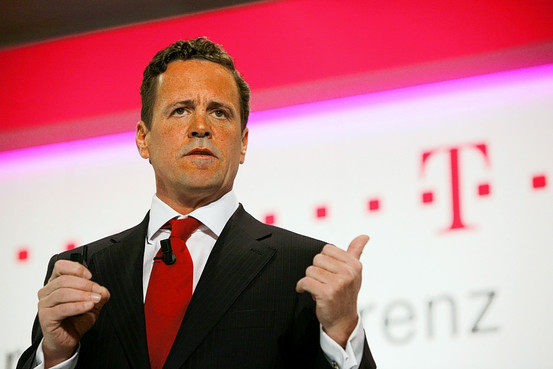 T-Mobile is the fourth largest carrier in the U.S., just under Sprint, Verizon and AT&T who took the top spot last week from Big Red. However, the company does embrace its role as a challenger in the mobile space, and is looking forward to taking advantage of its position to regain market share.

T-Mobile CEO Phillipp Humm said in an interview that the company’s employees did feel a bit jaded after seeing its position slip in the market, and that the carrier was slow in adopting faster mobile broadband technologies. All Things D reports:

But before Humm can win over customers, he knows he must start with the company’s own employees, some of whom became disenchanted as their company saw itself slow to move to faster networks and embracing the latest technologies.

Additionally, T-Mobile doesn’t have the iPhone, which has been huge for AT&T. Soon, Verizon will also carry the Apple smartphone, so things are going to become even more competitive for T-Mobile. It has already stated in the past that it regrets not having the iPhone, but will do everything else it can to give customers an incentive to join its network and stay.

The carrier’s employees, however, have been receptive to its new direction and marketing campaign.

In each city, Humm outlines the plan and shows off the company’s combative ads, which feature a young man as the iPhone, hobbled by the slow speed of its networks. T-Mobile, meanwhile, is a beautiful young woman, riding fast and free on T-Mobile’s network. So far, he said, the message has resonated with the company’s employees.

During CES 2011, the nation’s fourth largest carrier outlined its HSPA+ 4G network plans and showed off some of its capabilities. This year, we can expect to see some areas capable of 42Mbps download speeds even though there might not be too many devices supporting it. During T-Mobile’s demo at CES, its USB modem was running on the HSPA+ 4G network averaging 28Mbps.

Humm says that the company is also looking to maintain and strengthen its relationship to Google. T-Mobile was the first Android carrier, and has also been the first to carry the Nexus One, Nexus S and boasts 4G Android phones like the myTouch 4G.

For more on the interview with Humm and the carrier’s plans to take back some market share from the big carriers, see the link below.

Nokia's Symbian platform, which has dominated the smartphone scene for as long as any of us can remember, has finally,...