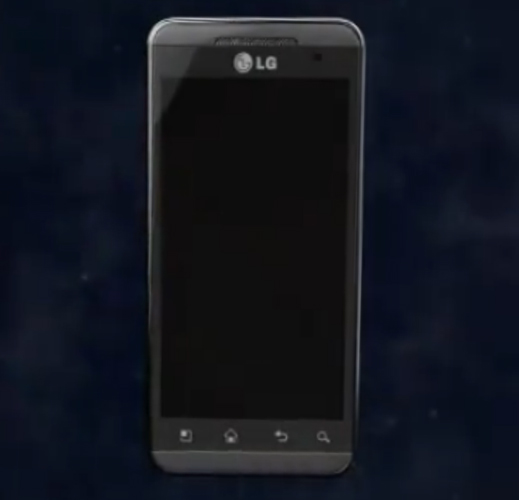 LG has been building up hype for their new glasses-less 3D phone to be shown off at Mobile World Congress, and we even got a glimpse of a live device. Now LG is showing off the hardware through a fog of poorly-translated English in a promotional ad, though we’re still mostly in the dark when it comes to specs.

The rendering in the promo video below matches up to the live shot we saw earlier this week, and confirms that it’ll have a dual-core processor. Based on the earlier picture, it’ll have a front-facing camera and run Android, but there aren’t any details beyond that. Although this is shaping up to be LG’s biggest announcement at MWC, we’re also expecting them to show off the LTE-enabled Revolution, and the G-Slate due for T-Mobile. Don’t expect any Windows Phones, given their reaction to initial sales.

We’ll be getting our grubby mitts on the LG Optimus 3D in a little over a week, and we’ll be sure to let you know just how eye-popping that display is without crappy headlines like “Something Bigger is Coming On Your Way” and “LG Continues Rewriting the History Yet Again”.

Sprint is planning an Android handset to combat Verizon's Droid Pro, by the looks of it. We don't know much...