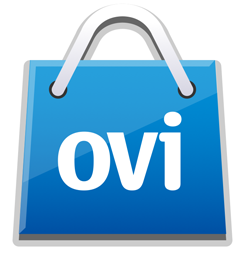 During the company’s fourth-quarter results conference call, Nokia’s CEO Stephen Elop said there are 30,000 apps now available in the Ovi Store. This is one of very few instances when Nokia publicly talked about Ovi Store figures — thus far all we had were figures from various analysts who suggested there are 25,000-28,000 apps in the store.

Elop used the word “apps” in the call, but Ovi Store also sells other mobile content like screensavers, wallpapers and themes. Moreover, he said that 4 million products are downloaded every day from Ovi Store.

Nokia’s closest rival is RIM’s BlackBerry App World, which counts around 16,000 apps and about 2 million downloads per day. Microsoft’s Windows Phone 7 platform now has 6,500 apps available, but it is growing pretty fast.

The big boys remain Apple and Google with their AppStore and Android Market services. Plus, there are third-party app stores like GetJar, which keep pushing their independent offering…