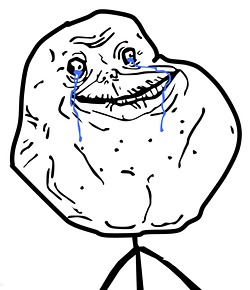 Come on, Motorola Cliq XT owners! Where is your fire, your rage? Your device will be forever stuck on Android 1.5 and I don’t see any lawsuits being drafted! Perhaps you don’t mind as much as your Samsung Vibrant counterparts on T-Mobile when it comes to Android upgrades. Perhaps you’re of a better breed.

The sad news struck today in the Motorola Forums where it was announced that after testing Android 2.1 Eclair for the Cliq XT, the manufacturer decided that it would be more prudent to keep it as is and not move forward. But lord knows the Motorola team tried:

Our product team  members worked for months to attempt to create a  version of Android  2.1 that would perform well on the CLIQ XT. When the  software could not  meet the basic performance standards required, they  went back to the  drawing board multiple times. They gave it everything  they had.

It’s probably annoying for many of you who took the plunge on a mediocre device – it was preceded by the Motorola Droid and Nexus One, after all – so I’m sad to deliver this news. On the bright side, the device was released almost a year ago, which means many of you might be eligible for an annual discount of some sort and you can pony up for a sweeter Android device like the Nexus S.

I hope none of you were holding your breath because your devices are now forever stuck.

A new video has hit the web and it definitely looks like it will be the first commercial for the...