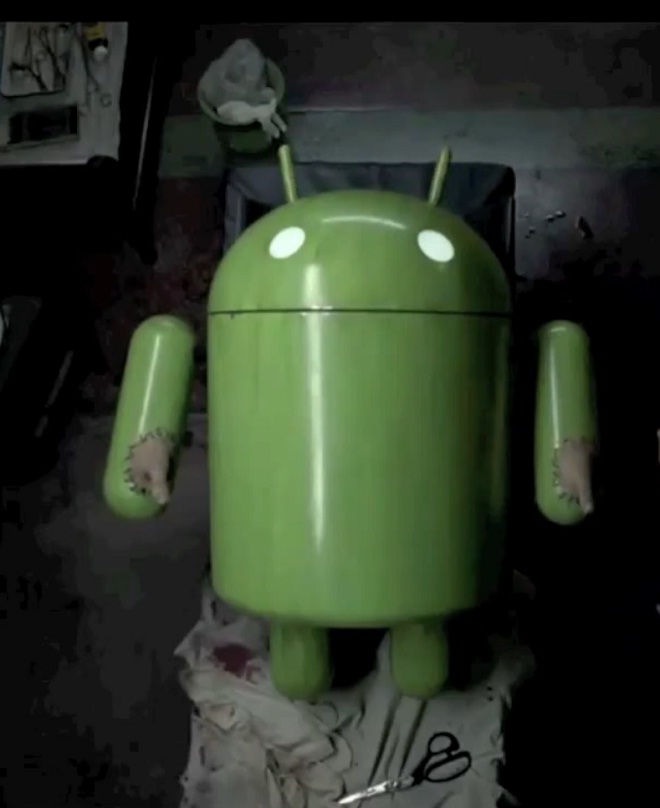 A new video has hit the web and it definitely looks like it will be the first commercial for the upcoming Sony Ericsson Xperia Play, the oft-rumored PlayStation Phone.

While the device won’t be officially announced for a few weeks at Mobile World Congress, we’ve seen tons of leaked screenshots, videos and the folks at Engadget have even got their hands on a near-finished version. Make no mistake: the Xperia Play is coming soon for you mobile gamers.

The commercial for the Xperia Play is actually kind of neat. It shows the Android robot getting some back-alley surgery to get a human thumb put on. It then says that “Android is ready for gaming.”

The Xperia Play will be an Android-powered handset with decent specs (1 Ghz processor, large touchscreen, WiFi, 3G, etc.) and the most appealing feature may be the slide-out joystiq. This appears to include the standard four PlayStation buttons, a dpad, two sensors which should double as the analog sticks and shoulder buttons.

The Xperia Play hardware should be solid but it’s the software that will really make or break this thing. It is expected to launch with the PlayStation Suite, which is a cross-platform distribution mechanism for delivering games to Android devices. It will start with older PlayStation games but this could eventually be flooded with newer games.

Will the Xperia Play be enough to boost Sony Ericsson to the top? It’s too soon to tell, as the device looks optimized for gaming but it isn’t the best smartphone we’ll see on the market in the next few months. Additionally, a lot of the momentum in the mobile gaming space rests squarely with the iPhone and its App Store but maybe this new device could make game makers and players interested in the little, green robot.