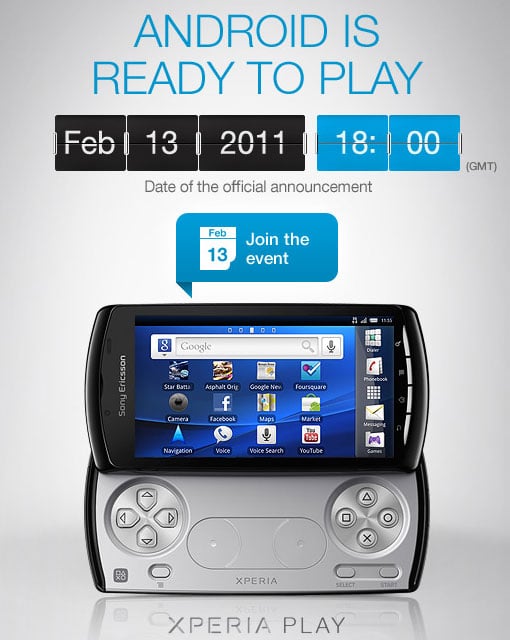 Sony Ericsson teased the Xperia Play during a high-profile advertisement that debuted during the Superbowl. Hot on the heels of that first official glimpse, the handset manufacturer used its Facebook page to official unveil the long-rumored PlayStation phone. According to the handset manufacturer’s Facebook page, the Xperia Play will be introduced on February 13th during an event at Mobile World Congress in Barcelona, Spain.

The Gingerbread-powered handset will feature a dedicated game pad which mimics the standard PlayStation controller. The slide-out game controller includes a directional pad, four PlayStation buttons, a select button, start button, and a menu button. This latest offering in Sony Ericsson’s line of Android devices will also include an array of sensors designed to enhance gameplay. On the software-side, the handset is expected to include the PlayStation Suite, a dedicated gaming platform that will debut on the Xperia Play. The software suite will be compatible with Android and could land on a variety of Android devices. Sony Ericsson may also develop the platform for other mobile operating systems on the future.

If you are interested in this gaming-centric Android handset, check out Sony Ericsson’s Facebook page for more information. For those that missed the Xperia Play ad during yesterday’s game, the previously leaked video clip is available in its entirety at the bottom of this post.