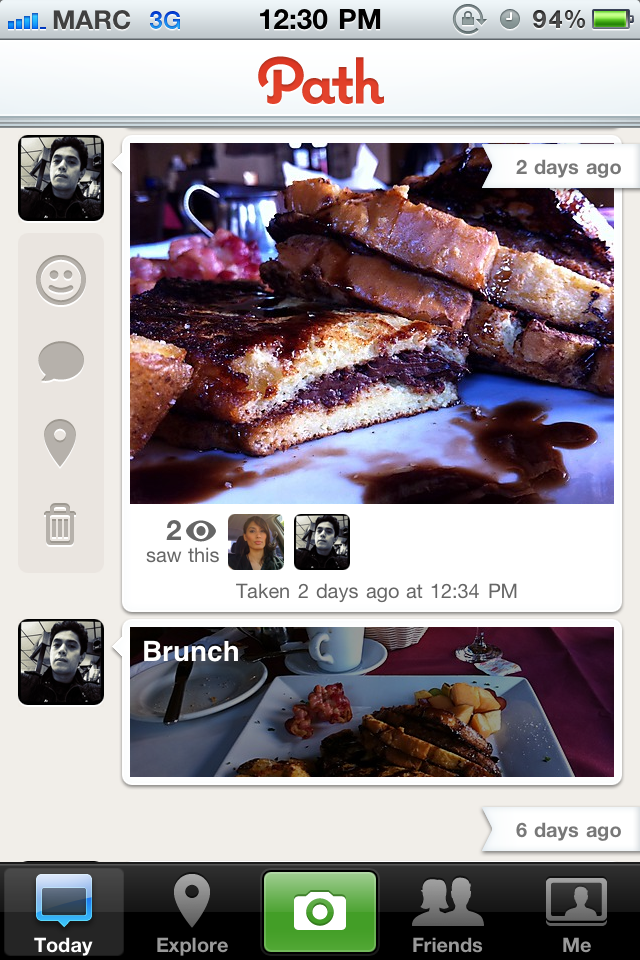 Path is a novel idea: you get to pick and choose a small group – 50 people at most – with whom to share your pictures. The idea is that you’re far more likely to share things you might not want the world to see on Twitter or Facebook. It was also intended to document your path and travels, so the only images or video clips allowed in the app are ones taking from your iPhone. However, without the ability to share images to Facebook, Twitter or Flickr at a user’s discretion, and no ability to comment or communicate on images, the app has really failed to take off with my circle of friends.

Last night, the photo sharing service finally included something we’d all been hoping for – a way to chat or comment within the app. When you open an image, you’ll see a new chat bubble that lets you start and create a dialogue with your friends. Additionally, you can also share your images via e-mail. You add their e-mail addresses and they’ll get an e-mail every time you take a picture — just try not to flood them with your beer or kitty pictures.

Finally, Path says that it optimized the app and made it a little faster, but I really don’t notice it much.

Until now, every Path update left us scratching our heads and wondering what was going on behind the scenes. One of the earlier updates allowed 10-second video clips to be shared, but that idea didn’t really take off when 12seconds tried it. Next, the service decided to add smileys within the app so you could emote on your friends’ images. I kid you not.

Perhaps this time the photo-sharing service decided to listen to its users, like me! 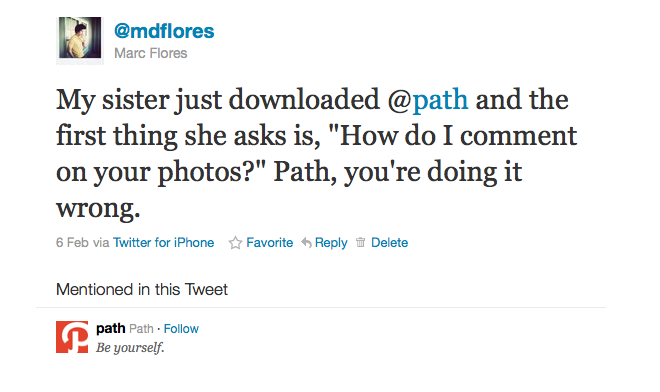 Are you a Path user? If so, how often do you use the app? Let us know what you think, and definitely get in touch with Path and let them know what you’d like to see in the app.

The Waze iPhone app continues to improve, as the free, crowd-sourced navigation app has just added real-time voice alerts. As...