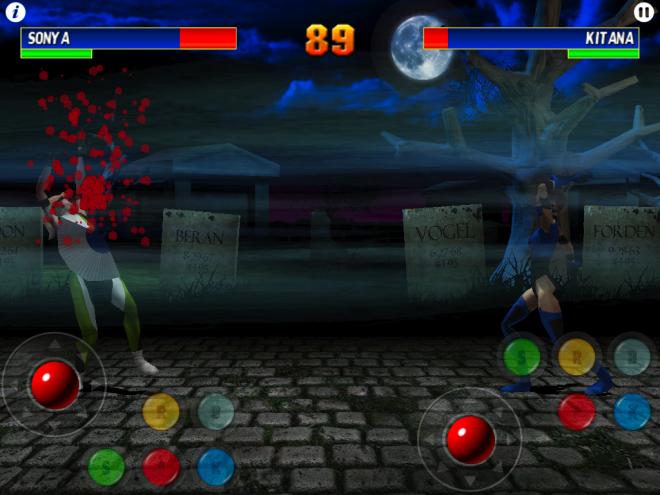 NBA Jam wasn’t the only game in EA Mobile’s arsenal to hit the App Store as Ultimate Mortal Kombat 3 HD has also made its way to the iPad early this morning.

I was hoping EA Mobile would cut back on the size of the virtual control stick and buttons as I feel they’re taking too much of the iPad’s screen and it also makes it difficult to perform any moves as your thumbs need to perform very large moves in order to input a command. When one of the buttons is nearly at the halfway point of the iPad, then I think that can be considered way too big. Other than that issue, Ultimate Mortal Kombat 3 HD performs just as well as its iPhone version. If you never got to pick up the iPhone game, then this would be a good time to pick up the HD version.

Sonos owners have enjoyed a pretty solid audio system for quite some time now, and iPhone owners who own Sonos...