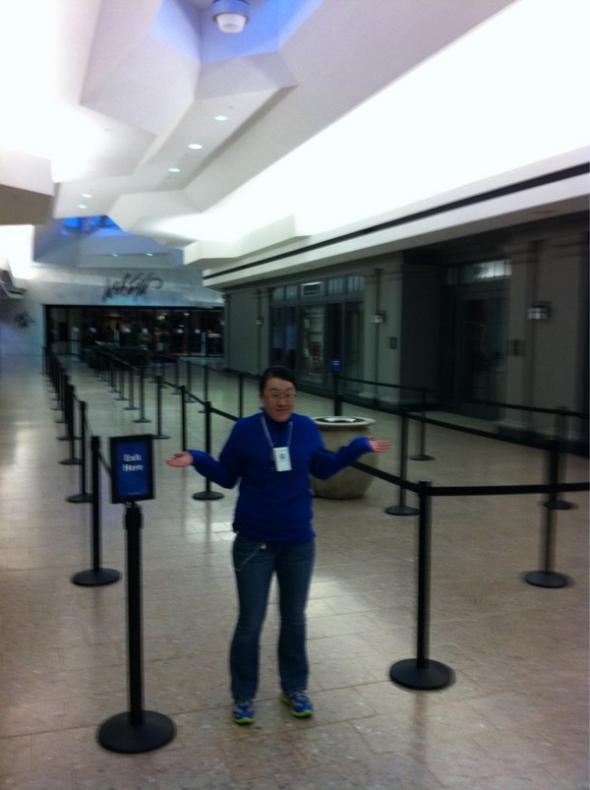 After all these years of waiting, wanting and wishing, the Verizon iPhone is finally available in stores for the masses. Last week, the CDMA variant of the Apple smartphone went on sale for existing Verizon customers and it quickly sold out. The wireless carrier said that the event set the single day sales record, beating the Motorola Droid’s launching in November 2009. Now that it’s available for everyone else, are the hoards arriving?

You were more likely to hear crickets at Apple stores this morning over rabid fanboys. That’s not to say that it’s a sub-par device or that there is little demand for the Verizon iPhone. Those who really wanted the Verizon iPhone were probably existing customers who already ordered it last week and had it shipped over the weekend. Everyone else who desperately wanted the popular smartphone rushed to AT&T to get it last summer when it seemed like the carrier’s exclusivity would really be indefinite.

Another thing to consider is the fact that a new iPhone will likely be arriving this summer if Apple sticks to its regular refresh cycle. Who wants to buy a device that’s been on the market for eight months now with a new one just four months away?

We’re accustomed to seeing Apple stores surrounded by people during launch events like this, but this isn’t really unveiling anything new. It’s not like the initial iPhone 4 launch or the iPad launch where everyone had something new to look forward to. This is just a different version of what’s already out there.

If you picked up a Verizon iPhone, did you get to your local Apple store early? Was there anyone else in line with you if a line even existed? Let us know how it’s been going for you so far in the comments.

Will Carling, a former rugby captain in the UK, lost his iPad on a train and chronicled his journey to...