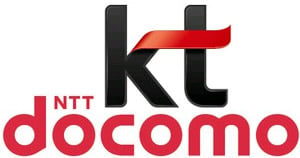 NTT Docomo announced an agreement with South Korea’s KT Corporation to use near field communication (NFC) technologies to develop cross-border services for mobile payments, mass-transit ticketing, promotional coupons and other services. If everything goes as planned, the two market-leading operators will launch in their respective markets from around the end of 2012.

Through the joint Business & Technology Cooperation Committee, Docomo and KT will develop NFC common specifications to be incorporated in devices, networks and billing platforms for mobile NFC services. As a result, customers travelling between South Korea and Japan will access the services using compatible Android handsets embedded with contactless IC chips.

But the buck may not stop there – Docomo also plans to submit an outline of the common specifications to global industry associations and standardization bodies, such as the GSMA, with the ultimate goal to build an international environment for compatible NFC services. In that sense, the company has formed strategic tie-ups with Visa, NFC chip and mobile handset manufacturer Samsung Electronics, and SIM card vendor Gemalto. Additionally, DOCOMO will collaborate with Sumitomo Mitsui Card and bitWallet for enhanced cross-border services.

For the record, Docomo has been providing NFC-based Osaifu-Keitai mobile-wallet services in Japan since 2004, while KT has been operating a post-paid mass transit service in South Korea since 2002.

Cellfire is teaming-up with Location Labs for the Store Alerts feature in the new Cellfire iPhone and Android applications. Thanks...