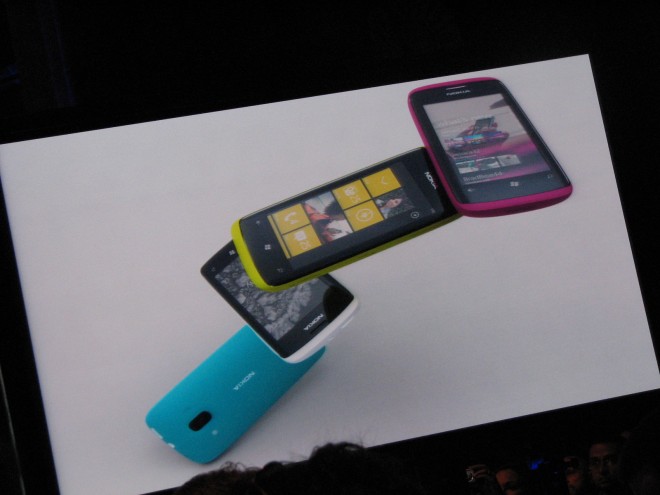 At Nokia’s press event tonight at Mobile World Congress, CEO Stephen Elop fielded a variety of questions ranging from how he thinks Nokia will grab the attention of consumers to his share holdings in Microsoft. Interesting stuff all around, which you can read in the liveblog, but of most interest to those who are really interested in seeing some Windows Phone hardware, the closest we got was another concept image. It’s an awful lot like the first batch that leaked, but the execs were quick to point out that Nokia and Microsoft have only just begun their creative collaboration. They’re aiming to launch a Windows Phone by the end of the year, but there’s no telling quite how similar it will look to this.

The event overall was an interesting set-up; the everyone was seated 360 degrees around a central circular stage, as if Nokia welcomed anyone taking shots at them from anywhere, and actually wanted everyone to be watching them. I think everyone’s in agreement that the Microsoft deal is to both players’ advantage, but whether it’s enough of a kick in the ass to get Nokia smartphones to properly compete with Android, iPhone, and BlackBerry is another question altogether.

Rovio: Nokia is probably beyond saving at this point

Angry Birds developer Rovio seems everything but bullish on Nokia's future, despite the new deal between the Finnish company and...