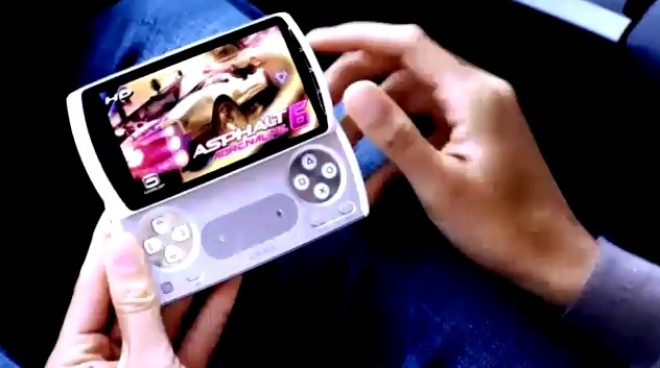 No, you won’t find the creepy Android with surgically implanted opposable thumbs in this Sony Ericsson Xperia Play video, but you do get a feel of  just how fun it could be to have a powerful device in your pocket when you want to kill some time with this new ad.

A handful of games are demoed in the video, like The Sims, Dungeon Defenders, Asphalt 6, and FIFA 10, showing the sheer power of the handset. While some of these use cases aren’t necessarily ideal, they work very well with the ad and we like what we see. The video is put together very well, and shows the Play “bringing games to life”.

However, we don’t suggest you playing a game while walking down the street, as we know walking and texting can be distracting enough as it is.

With the Play destined for Verizon Wireless something this spring, the wait is almost over for the gamers who’ve been dreaming about this handset. The Play is one compelling piece of hardware, and even if I don’t get the thing when it hits, I may consider the second Play. Hopefully by then we may be able to see some PS2 games available for the handset, and say goodbye to hours of productivity. You thought Angry Birds was time-consuming? Just wait until you have the power of a Playstation in your hands.

We know that not many people are heavy enough gamers to purchase a handset designed for gaming, but there’s obviously enough of you out there to make this handset a hit. While we don’t want to see the Play become obsolete soon after it’s launch, but we do wish Sony Ericsson added support for Verizon’s LTE network. This may be enough for some to wait, but we can’t imagine that the first Playstation certified handset will be a flop.

So who’s already sold on the Play and will be waiting at Big Red’s doors the day that it’s released?