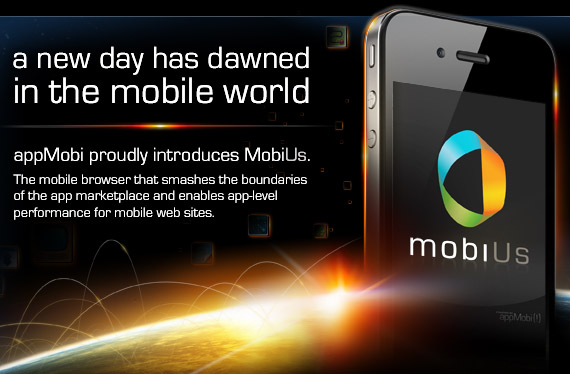 appMobi unveiled MobiUs, which is said to be the first-of-its-kind mobile web browser technology that allows developers to create Web applications that meet and even exceed the functionality possible with native apps.

Sounds too good to be true and honestly I’m kinda skeptical, but what do I know. The trick is in the use of the special WebKit-based MobiUs browser which enables all of the functions mentioned above.

Developers could rely on powerful JavaScript APIs from the appMobi XDK, PhoneGap and Wholesale Applications Community (WAC) to make their apps. On the other end, mobile operators, handset manufacturers, major brands and large media providers can use the tools and infrastructure provided to go as far as build their own app stores.

Finally, the end users may see an increasing number of apps available since any web developer will be able to join the “app party.” We’ll definitely be watching where this goes and let you know as soon as something new comes up. Stay tuned…

Marvell announced Kinoma, a software platform that's touted to "dramatically transform the way consumers interact with the devices that fuel...