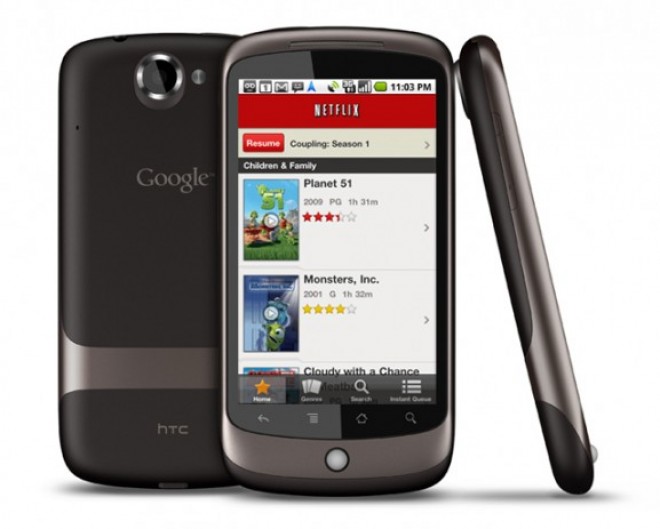 We knew that Netflix had plans to bring their application to the Android operating system to select handsets sometime in early 2011, but the picture is much more clear now. Today Qualcomm announced that future Android devices that ship with Snapdragon processors will be first to get access to the streaming Netflix application.

Since Android hardware varies in from phone to phone, it proved to be a big challenge for Netflix to give an application that works across the board. Well, that didn’t seem to work out, which explains why the two teamed up to bring the much sought after application to the platform.

“Qualcomm is in a unique position to help bring the most optimized and advanced Android apps to market through working closely with the strong ecosystem of Snapdragon developers like Netflix.”

Those looking for a handset that will eventually get streaming Netflix should look at devices like the HTC Thunderbolt. When we got some hands on with the LG Revolution, it already had the Netflix application installed, so we can expect to see the handset ship with the app. Maybe it’s just the wording of the press release, but Qualcomm certainly makes it sounds as if Netflix will only be available for newer Android handsets using Snapdragon CPUs. There’s no mention of existing Android handsets with Snapdragon innards getting the app.

As far as other devices that use other processors, like NVIDIA’s Tegra 2 platform, it’s anyone’s guess. We can imagine that the application may eventually get ported over, but when is a whole different matter. Netflix will eventually come to other devices not using Snapdragon CPUs, but Qualcomm has a big advantage right now.

While we’re certainly glad to hear that the app is hitting the Android platform,  the OS itself is rather fragmented on it’s own, depending on who you ask. This move by Qualcomm makes it look like they are fragmenting an already fragmented platform, and that may not sit too well for some people. Nonetheless, this is still good news, and hopefully we’ll be hearing more about the availability of the app for handsets that use different processors.

Will the availability of Netflix on specific Android phones play a big part in your next handset purchase?

Today we saw the launch of a number of hot new devices from HP - a successor to the Pre...