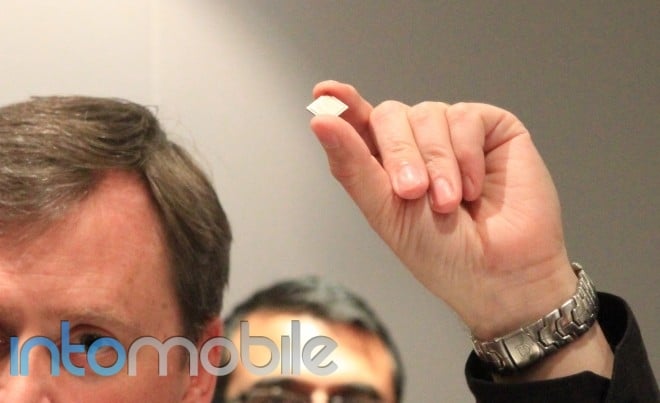 What, you didn’t think all the NVIDIA Tegra 2 dual-core tablets and smartphones that we’ve been seeing recently were the end-all-be-all for mobile tech, did you? Tegra 2 might be the hotness right now, but you should know that, as the rest of the world races to catch up the Tegra 2 dual-core processor, NVIDIA is already working to bring quad-core mobile processors to market by the end of this year.

Codenamed “Kal-El” (a fitting Superman reference, for the uninitiated), NVIDIA says we’ll see a quad-core Android tablet launching around August of 2011. We had a chance to check out NVIDIA’s roadmap for the next few years, and got some hands-on time with the quad-core Kal-El processor (essentially the Tegra 3), and we have to hand it to NVIDIA. There’s no doubt that the next-generation of mobile processors will soon surpass the performance of a desktop-class Intel Core 2 Duo CPU. 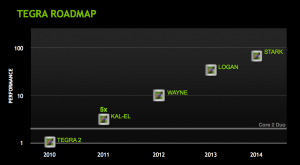 The Tegra roadmap you see here shows what NVIDIA is expecting to accomplish in the next few years. Using Tegra 2 as a baseline, the chipmaker expects to see Kal-El quad-core processors delivering a 5x performance boost – bringing Kal-El roughly in line with the performance you’d get from an Intel Core 2 Duo processor. This will happen in 2011 – no one else can make this claim, according to NVIDIA. After that, we’ll see the Tegra 4, codenamed “Wayne” (Batman reference, get it?) delivering roughly 10x the performance of Tegra 2 in 2012. In 2013 and 2014, we’ll see the “Logan” (Wolverine) Tegra 5 chip hitting around 50x and “Stark” (Iron Man) boosting performance to almost 100x what Tegra 2 can do today.

What does all this mean? Well, it means that within a few years, you’ll have more computing power in your phone than most laptops have today. Think about that for a second. Your phone will soon have the power to replace your computer.

NVIDIA says they’re aiming to deliver the quad-core Kal-El silicon with 3x-5x the performance of the dual-core Tegra 2, and that it will draw 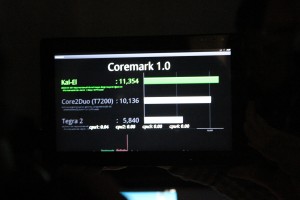 In the end, what you get with quad-core is basically more power for less juice. Over the next few years, it’s very possible that our smartphones will be able to mostly, if not completely, replace our laptops. The Motorola Atrix 4G can mate with a special dock to essentially turn into a pared-down computer, so it’s not unheard of that we could some day use our smartphones as full-blown laptops.

The video below shows a Kal-El reference tablet pushing 1440p video to a 30-inch monitor, we also get to see the difference in 3D game frame rates as well as a benchmark showing the quad-core chip outperforming an Intel Core 2 Duo.