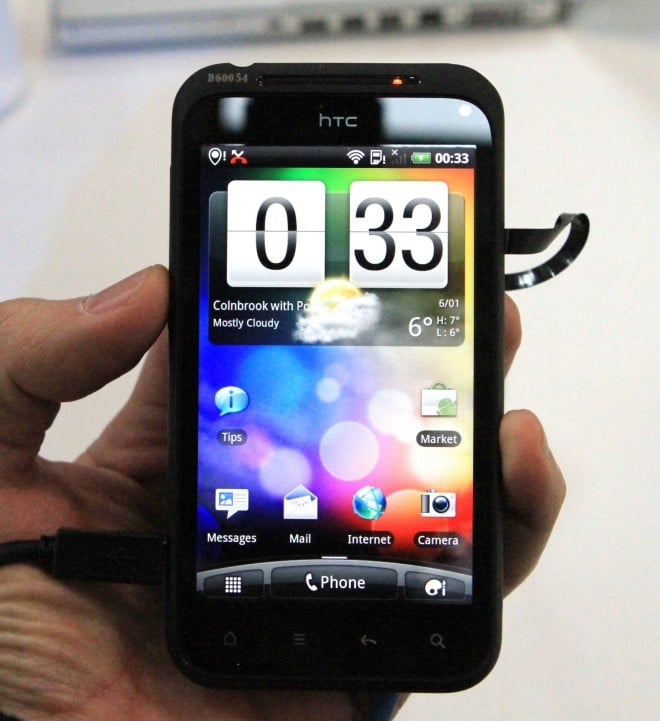 The HTC Desire S is one of HTC’s just-announced higher-end Android phones, slotted directly underneath the Incredible S, and we had a chance to go hands-on with the Europe-only smartphone at the HTC Mobile World Congress 2011press conference. The successor to the HTC Desire sports a similar look and feel to the original, but manages to keep things fresh with new hardware specs that should help the handset compete against the onslaught of next-generation Android phones. If you’re looking for a dual-core phone, look elsewhere, but if you’re looking for a competent Android phone with the latest Android OS and HTC Sense UI customizations, the Desire S should be high on your list.

The handset’s larger image sensor means the camera takes better low-light photos, and makes normal-lighting conditions a breeze to shoot in. There’s also a front-facing camera to help you stay in touch with friends via video chat – a feature that’s now baked into the HTC Sense UI, which rides on top of Android Gingerbread.

Overall, the Desire S is a solid smartphone, on many different levels. We’d have liked to have seen a dual-core processor within, but the larger image sensor, Gingerbread OS, and front-facing camera are nothing to scoff at.

HTC Says the Desire S will be broadly available to customers across major European and Asian markets during Q2 2011. Pricing is unknown. We’re betting we’ll never see the Desire S coming to the US, given its lack of AT&T or T-Mobile USA 3G bands.