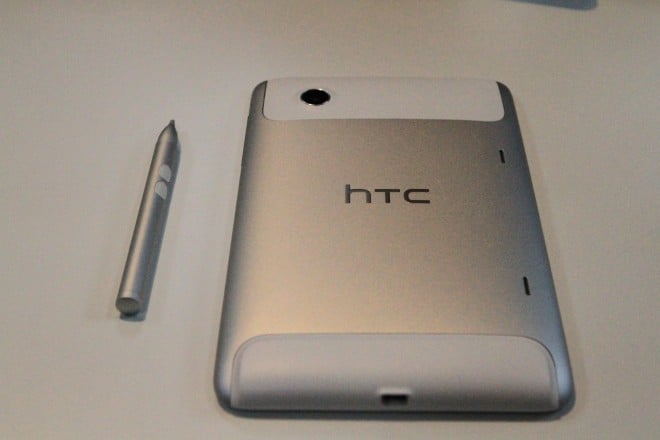 HTC wasn’t going to let Motorola, Samsung and LG have all the fun with Android tablets, as the company just announced the Flyer and we couldn’t wait to get a close look at it.

The HTC Flyer Android tablet packs a 1.5 GHz single core processor, an aluminum unibody construction, a 7-inch screen with a 1024 x 600 resolution and a freaking capacitive stylus. The company is calling the stylus interaction Scribe and we’ll have to spend much more time with it before we know if we like it or not. 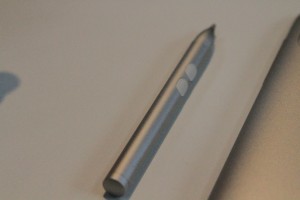 All of other major Android tablets use 3.0 Honeycomb because this is the version of the platform that’s optimized for the larger form factor. The only problem with this for the manufacturers is that this makes all the devices look and feel the same from a software perspective.

That’s why the HTC Flyer tablet uses the 2.4 version of the software, which is still being called Gingerbread. The company has layered its Sense UI on top and this experience has been optimized for tablets – HTC said it will update to Honeycomb eventually, probably once it can figure out how to get Sense on top.

The stand-out feature on the Flyer is the Scribe digitizer pen that allows you to annotate notes and write memos by hands. The pen can be used to highlight and write on the screen, with dozens of different pen style options. And, thanks to the buttons on the side of the pen, you can even erase your notes or highlights as you see fit. It’s like having a complete stationary set inside your Android tablet.

The company recently invested in the OnLive cloud gaming company and that will be coming to the HTC Flyer tablet in the form of an app and we’re hoping this will include full on gaming. Sense will also come with multiple widgets and apps to make using this form factor easier.

The HTC Flyer tablet is an interesting device, as the 7-inch screen makes it more portable than something like the Motorola Xoom but some may not like that it won’t come with the latest version of the Android platform that has been tailor-made for tablets. Sense is supposed to make up for that and the capacitive stylus interface could actually be pretty cool but we definitely want to spend a lot of time with this thing before we make a final decision.

Enjoy the photo gallery and HD video below!

Huawei unveiled its suite of products at Mobile World Congress including an Android Smartphone, an Android tablet and a mobile...