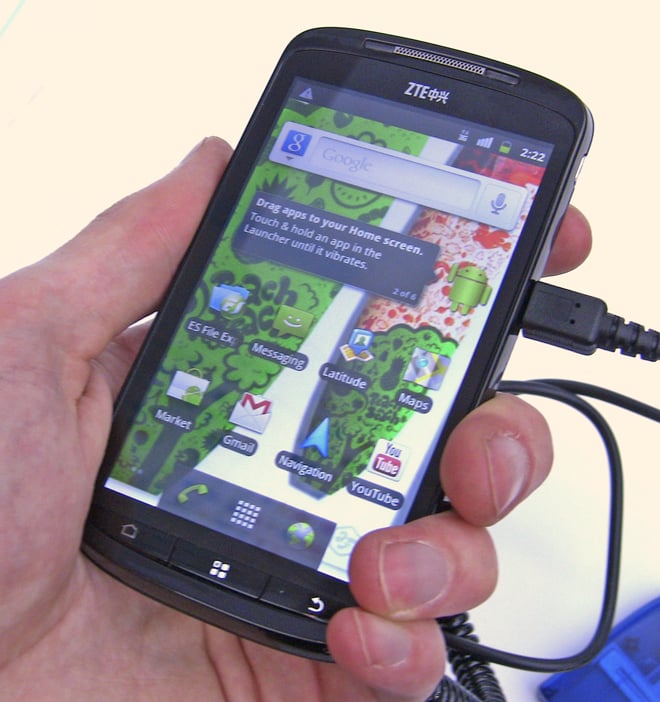 ZTE quietly announced an Android handset at Mobile World Congress. The Skate has a 4.3-inch WVGA screen, runs vanilla Android 2.3, a 5 megapixel camera, and the usual stuff like 7.2 Mbps HSPA, Wi-Fi, GPS and Bluetooth. The Skate will be launching in the second quarter in Europe, presumably at a lower-than-average price point, since ZTE does a good job at undercutting the big boys.

I found the touchscreen wasn’t quite as responsive as I would have liked it to be, but I could play Fruit Ninja, which is probably good enough for most folks. The vanilla experience will also be a big bonus to folks who are trying to avoid all of the customization usually ladled onto big-name handsets, but I do worry how well ZTE will maintain updates, and if I’d need to go fishing blindly through some Chinese forums online for information at some point.

ZTE showed off a few other devices at the show, including an Android slider called the Amigo, and the Blade, but it looks like those were announced awhile back.  ZTE also had a dummy for a 9.7-inch Android tablet that they’ll be launching later on, so we’ll be keeping an eye out for that.

During the Mobile World Congress, we had a chance to see ooVoo Mobile app working on Apple iOS mobile devices....