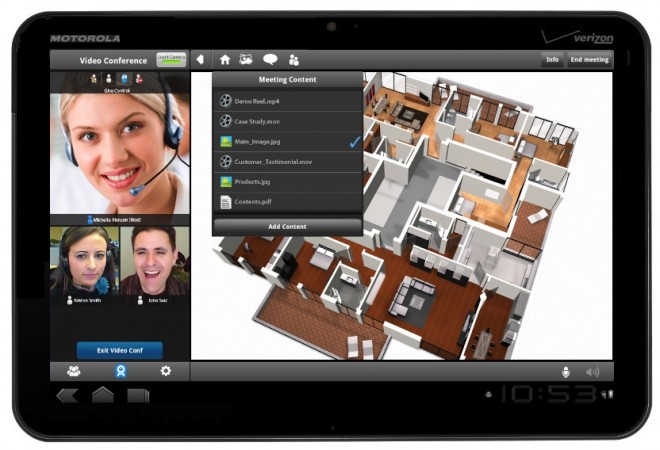 Earlier this week at Mobile World Congress, Motorola announced that its highly anticipated tablet will be landing in Europe this spring. The XOOM will be available from Carphone Warehouse, Best Buy, Currys and PC World in the U.K. These UK retailers will sell the WiFi-only version of the tablet starting in Q2 2011. Pricing was not announced but the WiFi version of the tablet is expected to debut for $600.

Outside of the UK, T-Mobile will be launching the XOOM is select European countries. Details are not provided but the carrier will presumably sell the 3G version of the tablet. The carrier may also sell the WiFi-only version, but that is less likely as the WiFi version does not include a lucrative data plan. Here in the U.S., Verizon is expected to sell the 3G XOOM for $799 without a subsidy. Whether T-Mobile will launch the XOOM with or without a subsidy remains to be seen, but if does forego the subsidy, the tablet should land at the same $800 price tag.

The press release with all the details on the European launch are available on the second page.

Eugene Kaspersky, Co-Founder of Kaspersky Labs, says Android will own 80% of the smartphone market

Eugene Kaspersky, Co-Founder of Kaspersky Labs, makers of one of the leading antivirus solutions on the market, if you're the...