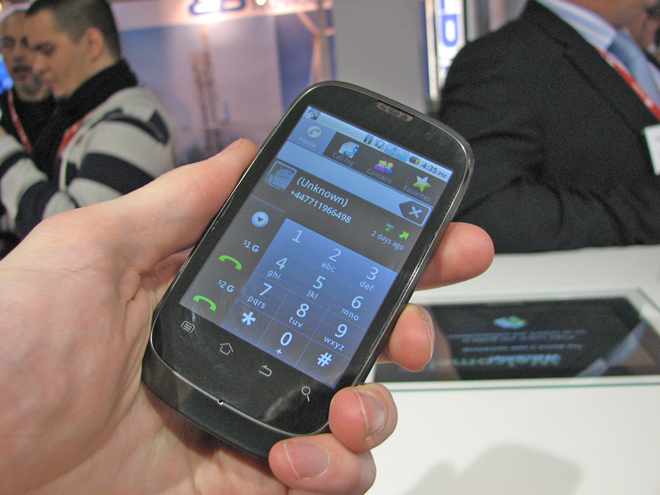 At Mobile World Congress 2011, we got a chance to play around with the upcoming ViewSonic V320, which promises to bring two SIM card slots to the table and mid-range specs. ViewSonic also had their new Viewpad 10Pro tablet at MWC, which dual-boots into Windows 7 and Android, but it was still very early software running, and not remotely ready to be caught on video.

The dual SIM capability is the single defining feature of this handset, and though I could imagine it being used by globetrotters and in competitive markets where one could conceivably switch service providers based on who has better rates or coverage, it’s hard to see the V320 making it big in North America. Regardless, the dual SIM feature makes it unique among Android handsets, and the specs make it a decent (if not top-of-the-line) choice for those who want to hop between carriers often. Video and pics are below for your viewing pleasure.

You may (or may not) recall my note about the Rogers Acer Liquid MT earlier this past week. The device...