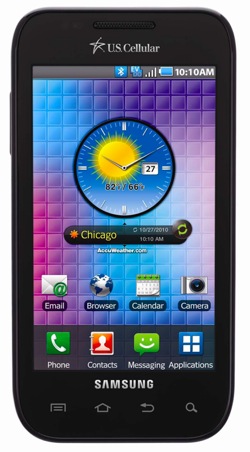 Forget about those buy-one-get-one free, or BOGO, deals, U.S. Cellular is one-upping carriers who offer that deal with five free Android smartphones. That’s right: five free phones with the purchase of one. If you’re in an area with U.S. Cellular coverage, your only excuses are either having a small family or being Forever Alone.

However, there is a small catch, and there’s always a catch. You have to purchase a Samsung Mesmerize, which is a Galaxy S variant device, and the five free phones will be LG Optimus U handsets. While they’re not the sexiest and most impressive Android handsets on the market, they’re still very capable smartphones. And you really can’t be the price tag at this rate.

The other option is to buy a Samsung Messenger Touch and get five Samsung Profile handsets for free if you’re not keen on grabbing Android handsets.

Of course, with both of these deals you’ll have to commit to a two-year contract or agreement, but that’s to be expected.

For more details on this particular deal, see the press release on the following page.

More in Android, Samsung, US Cellular