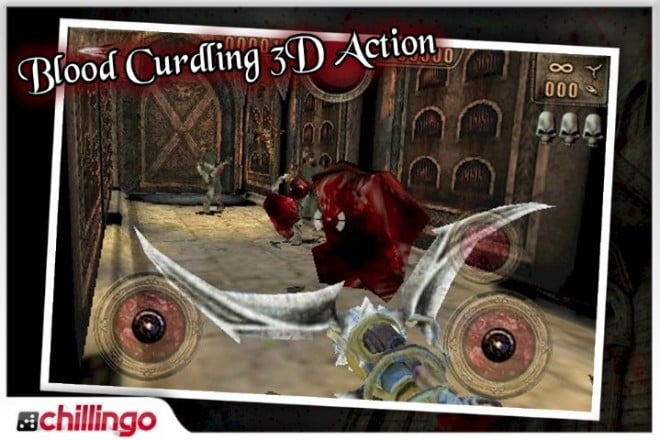 Today marks the day that Epic’s and People Can Fly’s newest IP, Bulletstorm, is released on the PC, Xbox 360, and PS3. If you’ve never heard of People Can Fly, then you probably have never played their big PC hit, Painkiller. If you own an iPhone, then you’re in luck as Chillingo is currently working on bringing the PC classic to iOS.

Painkiller is a first-person shooter that shares many similarities to old-school FPS games like Doom and Quake. I never knew there was a story to Painkiller, but apparently you play the role of Daniel Garner who is killed in a car accident along with his wife. When you arrive in Purgatory, it’s up to you to defeat Lucifer’s army in order to stop a war between heaven and hell. I’m not entirely sure why it’s up to some guy named Daniel Garner who just recently kicked the bucket, but the story isn’t really important in this game.

The iPhone version of Painkiller will come with 24 levels and a number of memorable weaponry for you to slaughter your opponents with, including the iconic three-bladed melee weapon. As with most FPS games on the iPhone, it’s expected the game will be manipulated via two virtual analog sticks that will control the player’s movements and aiming. As of now, no release date has been mentioned or price point, but if you’re currently enjoying Bulletstorm, you may want to check out People Can Fly’s earlier work so you can truly appreciate how much they’ve improved.