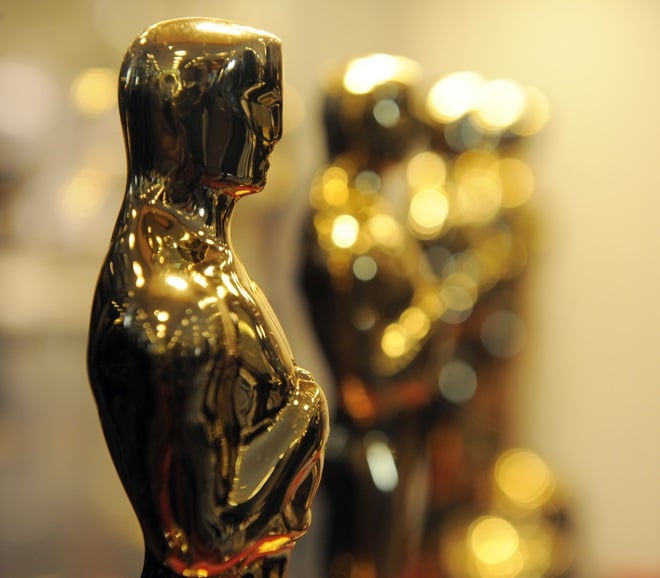 The Oscars are nigh and many of us movie buffs are getting ready for the big day. But for those of us who can’t wait, why not have a little fun with some movie trivia on your iPhone, iPod or iPad before the festivities start? I’ve always been a big fan of trivia, especially movie trivia, and these apps will help get your gears moving in preparation for the award ceremony.

Movie Challenge: Oscars Special
Movie Challenge is a fun app, and this time around it comes in an Oscars Special just for the occasion. It’s just $0.99 and it has trivia about modern-day movies as well as Oscars history. For those of you cinephiles who like to show off movie knowledge muscle, this might be a fun game to play with your friends as long as you don’t annoy with your superior movie knowledge.

Here are some features you’ll get with Movie Challenge: Oscars Special:

The app is available for download now from the iTunes store.

Scene It is like a classic, and it is loaded with movie trivia from the last three decades, so it should have something for folks of all ages. It has options to let you play in a group, or all by your lonesome with just your iOS device. If you’re into general movie trivia, it seems like Scene It is the way to go, but it comes in different flavors, too.

Check it out in the iTunes store if you want to download it or read reviews.

So the idea of Scene It is appealing to you, but you’re not really into general movies. Perhaps you’re more of a Judd Apatow fanatic and comedic movies are your thing. You can quote lines and list off character and actor names in just about every comedy anyone can think of. In that case, Scene It? Comedy Movies is probably the app for you.

Scene It? Comedy Movies is available for both the iPhone/iPod touch and the iPad.

If you’re a sucker for romance movies, Scene It? Romance is probably the way to go for you. Perhaps general movie trivia and comedy movies sound relatively appealing, but when it comes to movies about matters of love, there isn’t a single iota of information and useless facts that get by you.

Like the general and comedy versions of the game, Scene It? Romance allows you to play against friends over Wi-Fi and Bluetooth, which is pretty nifty. And like the other versions, it’s available for the iPhone/iPod touch and the iPad, too.

We’re just hours away from the Oscars, and if it’s a huge event for you or your friends and family, try warming up and setting the mood by playing a few movie trivia games for your iOS device!

Zumobi and Sporting News have been co-operating for quite some time now, having produced a number of mobile applications covering...