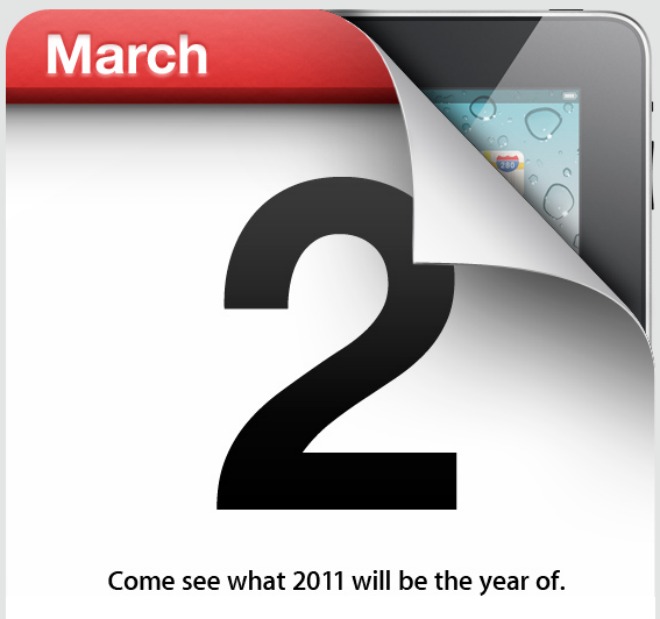 Tomorrow, someone from Apple will introduce the next generation of the iPad and the battle lines for tablets in 2011 will be drawn. What new features will the iPad 2 have? Will this device be able to keep the lead over the slew of Android tablets that will be hitting the market (not to mention the BlackBerry PlayBook and HP webOS TouchPad)? Read on to see what the IntoMobile team thinks will happen.

The general consensus is that the Apple iPad 2 will be thinner, lighter and have multiple cameras. The iPad is only a little more than a pound but it can be heavy if you’re trying to use it as an e-reader or if you compare it to the weight of something like an Amazon Kindle. The cameras are a virtual lock, as the front-facing one will enable the iPad 2 to be able to video chat via FaceTime. 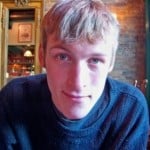 While it’s unfortunate that Apple probably won’t launch an iPad with a Retina display and blow us all away, I’m sure if they just slap a camera or two on there and bump up the processor, it’ll still sell by the truckload. The tablet’s brand has had lots of time to spread, and there have been plenty of tablet-optimized apps developed for the OS – both things the competition can’t claim, even if they manage to beat the iPad 2 spec-for-spec.

The general reaction to many other tablet announcements over the last few months has been “Yeah, that’s nice, but I’ll hold out to see what Apple announces.” That being said, I doubt the iPad 2 will be so decisively better than the rest to make the choice easy, but I think that individual histories with smartphones will be the determining factor in which tablet folks end up with; the BlackBerry owners will grab a PlayBook, Android owners will drift towards the Xoom or G-Slate, and iPhone owners will continue with the iPad, if only out of habit. In RIM and Palm’s case, there are some particularly good incentives to stay loyal (Bridge and Tap to Share, respectively), and should stem the tide towards the growingly attractive iPad.

The tough question at this point is how much of the pie the new players will be able to take from Apple with the iPad 2 holding the defensive line. That race will boil down to specific launch timelines, narrow differences between hardware, and the right marketing, all of which will only be fully clear once Apple makes their announcement.

What we’ll see from the iPad 2 may make or break it this year. Apple can’t afford to disappoint or it just might be swallowed whole by the barrage of Android tablets coming out this year, or the impressive looking HP TouchPad.

While I don’t expect a retina display, I would like to see a higher resolution display, but this could be tricky for developers. Taking photos with a tablet is awkward, but the iPad will, at the very least, include a front-facing camera for FaceTime chats. It seems uncharacteristic of Apple to include an SD card slot in an iOS device, or a microUSB port, so I doubt we’ll see either.

Personally, being an iPad owner, I can’t wait for the second coming of the tablet that kick-started the latest mobile computing trend. The iPad, as great as it is, has its shortcomings. I’m crossing my fingers for a dual-core processor mated to at least 1GB of RAM. A dash of NFC tech and a couple cameras would round out the new feature set nicely. Apple has a lot to compete with, now that the Xoom is official and the dual-core Android tablet army marches on. This should be an interesting launch, especially since it could be one of Jobs’ last product launches as Apple chief.

Guessing what the iPad 2 will include should not be too hard given all the rumors that have been tossed around recently. The strongest contenders for new features include a slimmer design, an improved
processor (hopefully dual-core), front and rear-facing cameras and possibly a dual-mode CDMA/GSM chipset. I am taking the conservative route and will kick the retina display off the spec list for this model of iPad. The display market is constrained and I would be very surprised if Apple gambled with a retina display. I just don’t think manufacturing facilities are ready to mass produce this type of high-resolution display at the levels Apple will need. The Cupertino company is projected to sell 40 million iPad units in 2011. Maybe later this year or next year, the iPad will get the pixel-dense display that graces the iPhone.

I think it’s safe to assume the iPad 2 will rock some dual-core processor making it faster than its predecessor and dual-cameras, with one on the back most likely counting 5 megapixels. In addition, the design will be slightly changed … and that’s about it.

When it comes to wishful thinking, I would love to see homescreen widgets introduced on the iPad 2, but I doubt that will happen anytime soon. Moreover, I would like a smaller 7 or 8-inch iPad, one I could hold in one hand.

One of the most obvious things I’m expecting from the iPad 2 is for it to be slimmer than the current generation. I would hope that Apple has listened to its customers and decided to add a camera to both the front and back of the iPad to finally allow it to take advantage of Facetime along with a number of other apps that offer a similar experience. This one may be far fetched, but I’m also hoping Apple decides to put a Retina Display on the iPad 2 or something that allows it to have a higher quality screen than the current generation.

I’m not going to repeat what my colleagues said, as I also expect many of the same things out of the iPad 2 that they do. Additionally, I believe that tablets are still one step above toys right now – cool gadgets for people with disposable income – and it’s going to be tough to beat Apple in that field, particularly if you can’t get below the $499 entry-level price.

Still, the iPad 2 announcement intrigues me for a few reasons, as I don’t know who will be showing it off. It would be nice if it were Steve Jobs but I also think that having Tim Cook introduce a strong product could also show how deep the company’s bench is. If we start talking about wish lists, I really just want the iPad 2 to be able to boot up without having to first connect to a computer and iTunes – take advantage of that thing called the “Internet.” I know that will never, ever happen but a boy can dream.

Whatever happens tomorrow, you can be sure that the IntoMobile team will be giving you the latest news and up-to-the minute reactions. Keep it tuned here and let us know what you’re expecting and want from the iPad 2 in the comments below.