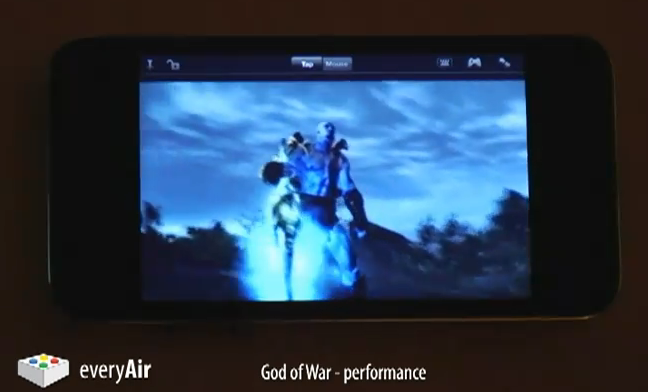 We’ve seen some clever hacks for iOS devices to do some things we’re positive Apple would not approve of, such as playing SNES with a Wiimote on your iPad or running Android on an iPhone, and here’s another one that you can add to the ever growing “Apple Would Not Approve” list: Playing your PS3 on your iOS device.

The process to play on your PS3 isn’t as simple as going into Cydia, download an app, and have at it with your PS3. In fact, you’d need a capture device, input converter, USB mouse & keyboard, a PC, and, of course, your PS3. All of those devices work together along with a custom build of everyAir that allows you to make your inputs and also see what the PS3 is displaying. Or, you know, you can just pick up your PS3 controller and play it the way God and Sony had intended.

Since the process takes more than two steps, there’s no way that I’m going to be testing out for myself, especially since the custom build of everyAir isn’t even available to the public yet. The concept and execution of it is pretty awesome, as you’ll see in the video posted below, but I enjoy my PS3 a lot more on my couch with my 5.1 surround sound system.

One of the most impressive mobile games of 2010 had to be Epic Games & ChAIR Entertainment’s Infinity Blade. It...