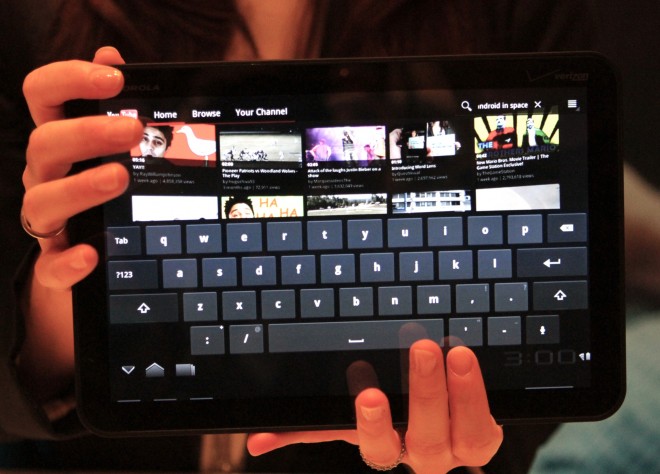 Speaking to a group of financial analysts at the Morgan Stanley Technology, Media & Telecom Conference, Motorola CEO Sanjay Jha stated that Motorola Xoom sales are “off to a good start.” The Motorola chief would not divulge exact sales numbers, but seemed pleased with the tablet’s performance thus far. The 10.1-inch tablet recently debuted on Verizon Wireless with a price tag of $800 without a contract and $600 with a two-year customer agreement. The Xoom is the first mainstream tablet to launch with Android 3.0 Honeycomb, a tablet-optimized version of the mobile OS.

The Xoom is packed with features including a 1GHz dual-core Tegra 2 processor, 10.1-inch display with 1280×800 resolution, dual cameras, WiFi and 3G connectivity. The Honeycomb tablet is upgradeable to Verizon’s 4G LTE, a procedure that may require you to send in your mobile device for a week. Motorola confirmed in its support forums that this upgrade is only available for non-rooted devices. A device that has been rooted or otherwise modified is not eligible for the 4G upgrade.

Performance of Motorola’s tablet has been strong with most reviews painting a rosy picture of the tablet device. For those that want the most out of their device and then some, xda-developers has a set of instructions on how to overclock the Xoom to 1.5Ghz. When running at this faster speed, the Xoom scores a chart-topping 3105 QUadrant benchmark which is significantly higher than the 2226 of the stock Xoom clocked at 1GHz.

Got Tegra 2? Get high performance games through Tegra Zone

If you're lucky enough to be one of the first kids on your block with a Tegra 2-powered Android device...